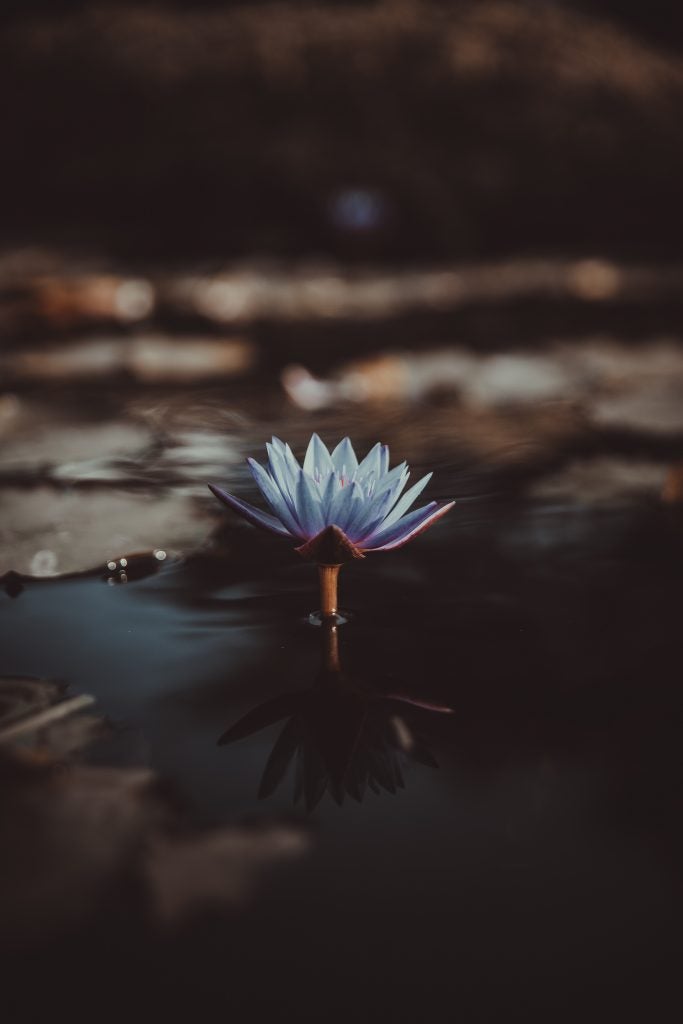 A river of stars turns in the sky.
On earth, curtains are let down.

My pillow, my mat are cold
and marked with tears.
Loosening my silk robe, I rise
to ask the night of its passing.

The green stitching
of the lotus pods is frayed
and the leafy golds faded.

The weather is the same as before,
my clothes the same.
Only I have changed.

Li Qingzhao (1084-1151) defied cultural expectations for women by mastering ci (lyrics), composing scholarly wen (essays) on a variety of subjects, writing political shi (poems) criticizing government policies, and gaining the acknowledgement of her male contemporaries for her literary and scholarly accomplishments. She is renowned particularly for her ci, which are poems set to music with predetermined meters and tones. During the Southern Song Dynasty, her ci were gathered into a collection titled Rinsing over Jade that has since been lost. She persevered through war, exile, imprisonment, and the loss of her fortune, and continued writing all her life.

Wendy Chen is the recipient of the Academy of American Poets Most Promising Young Poet Prize, and fellowships from the Kimmel Harding Nelson Center and the Barbara Deming Memorial Fund. Her work has recently appeared in Rattle, The McNeese Review, and Hayden’s Ferry Review. Her first book, Unearthings, is forthcoming from Tavern Press in January 2018. She earned her MFA in poetry from Syracuse University. Currently, she is co-founder and editor of Figure 1.