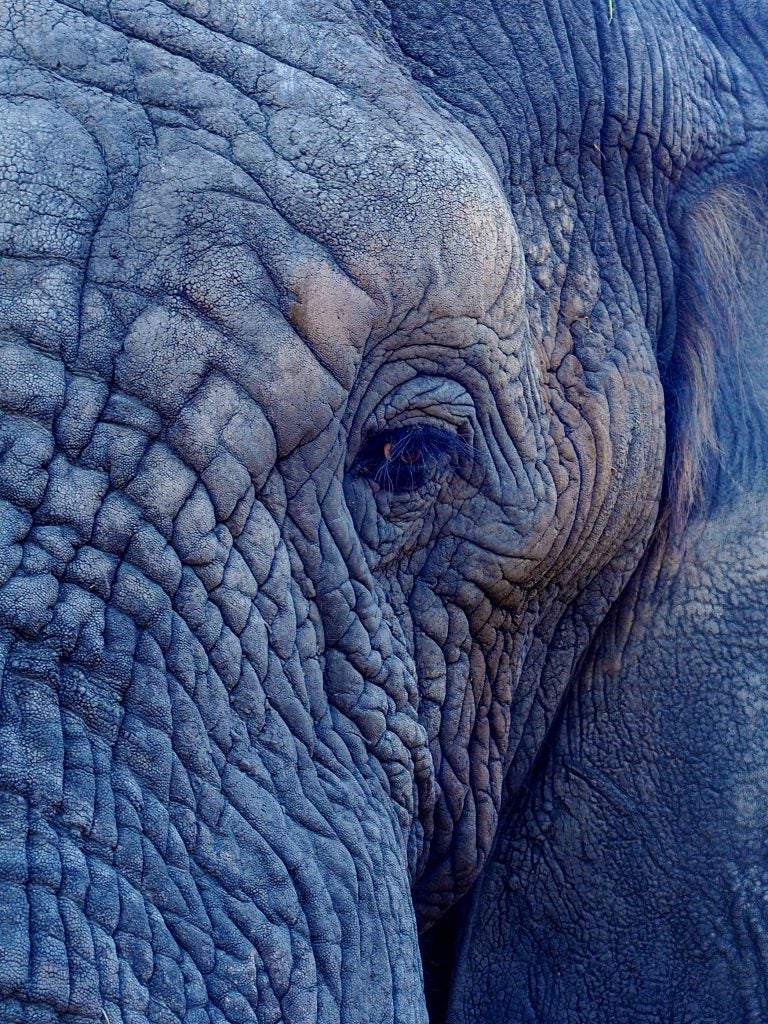 Bombs Fall Near a Zoo

There is communion of the beasts and so
their bodies sing: an elephant (her gray
chest rising) trumpets on her side, the sound
an otherworldly sound, like stone gates pried
apart.  An ape stands vigilant beside
the bodies of three others.  Reaching out,
he prods them with his hand, unrolls their fingers
then releases them.  He snarls and grunts,
then sits and bows his head, his shoulders slumped.
Four sables slash across the ground, their dark
fur glinting, gone, like minnows in a stream.
The cages of the Pavlov Institute
all howl, the long-doomed choir with windows sewn
into their stomachs, bodies thinned to bone.

Jonathan Fink is an Associate Professor and the Director of Creative Writing at the University of West Florida. His poems and essays have appeared in Poetry, New England Review, TriQuarterly, Slate, Witness, The Southern Review, and Virginia Quarterly Review, among other publications. He has received the Editors’ Prize in Poetry from The Missouri Review, the McGinnis-Ritchie Award for Nonfiction/Essay from Southwest Review, and fellowships from the National Endowment for the Arts, the Florida Division of Cultural Affairs, and Emory University, among other institutions. He currently has two books of poetry forthcoming from Dzanc Books.