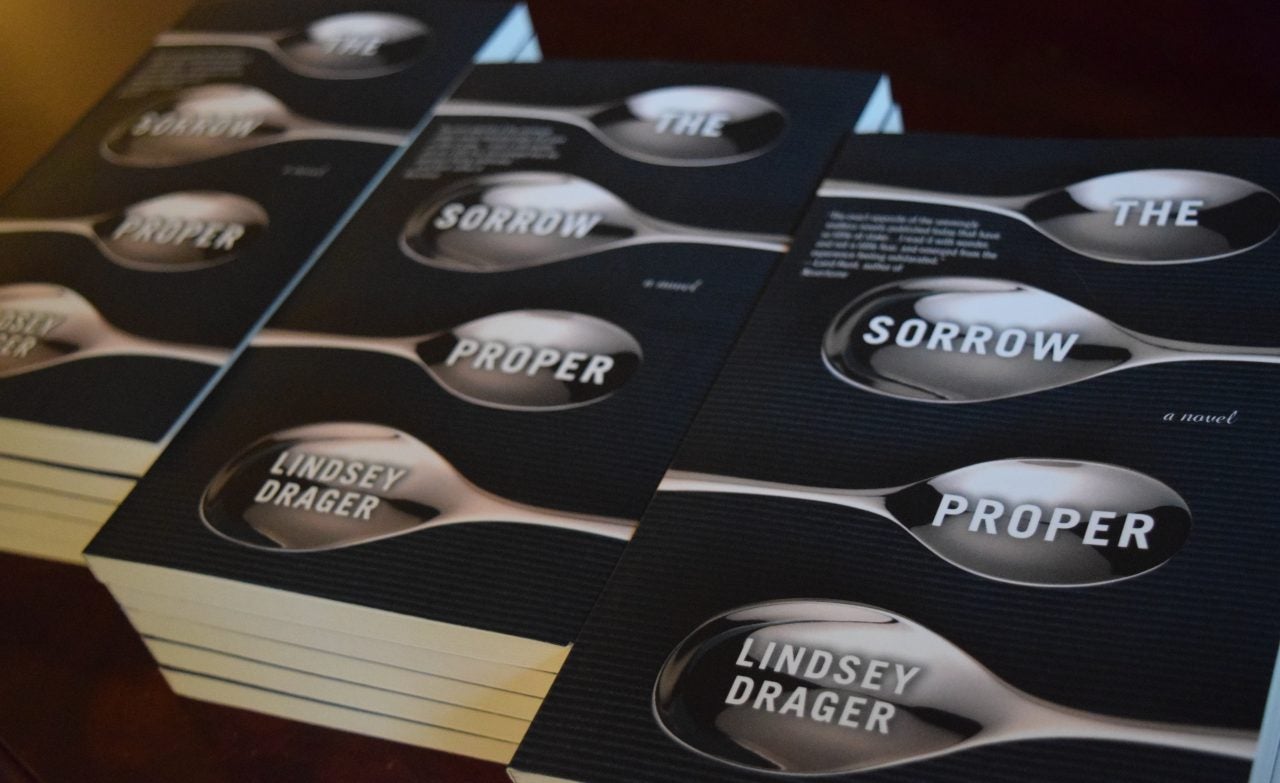 Chairs are lined in rows between the columns within Randolph Hall, most of them taken well before the reading begins. Anthony Varallo, fiction editor at Crazyhorse, stands at the podium. The crowd’s conversations slow and then stop as he welcomes them to this year’s first reading and thanks them for braving the threat of Hurricane Hermine to attend. He first introduces Raena Shirali, a poet, CofC alum, and current faculty member in the Department of English. She is the author of GILT, forthcoming from YesYes Books, and the recipient of the Philip Roth Residency at the Stadler Center for Poetry.

Having know Shirali since she was a student in his fiction writing class years ago, Varallo recounts her early efforts as a writer. Even then, he knew she was gifted, and he vividly remembers a short story she wrote, “Cabbage,” which explores how a man’s encounter with an ex in a grocery store forces him to assess his current relationship with “a woman obsessed with oregano.” Varallo describes Shirali as a “writer in love with language and truth and art, a writer who asks what it’s like to be alive and is never quite satisfied with the answer.” When Shirali takes the podium, she is at ease. She slips into casual conversation with the audience and reminds Varallo that, “quinoa made a guest appearance in that story, too.” Framed by the stage balustrades at the front of the room, her manner is affectionate and commands our attention. At the end of her first poem, she waits, and then she smiles nervously and laughs. We laugh. “Make noise, snaps, snaps are good. We can snap,” she says. And we do.

Shirali’s poetry explores personal and cultural boundaries, the differences of eastern and western cultures. Indian gods and goddesses make appearances in her work. She reads poems from her upcoming book, poems from projects, and then she reads poems that are “not in anything. I just felt like reading it.”

As she reads “daayan summoning magic,” the crowd is captivated, torsos leaning forward, eyes following the rise and fall of hers as she animates the words from the page in front of her. We are at ease, we applaud and laugh, “as one of our own steps into the light.”

When Shirali finishes her last poem, smiles, and thanks the audience, Varallo returns to introduce Lindsey Drager, the newest member of the creative writing faculty at CofC.

Drager is the author of The Sorrow Proper, and will release her new book The Lost Daughter Collective in the spring of 2017. She earned her PhD from the University of Denver, where she served as the associate editor of the Denver Quarterly.

Varallo calls The Sorrow Proper a “book about books and libraries and photographers and mathematicians and librarians, all the people who matter, especially librarians.” He describes how he could not put the book down, despite the many books he’d promised to read and finish first. The book is a multilayered narrative, “not a flabby or slack sentence in sight.” As Drager reads, the audience understands what Varallo meant when he said, “I don’t think Lindsey is capable of writing a slack sentence.” Her prose is tight and precise, each sentence racked with genuine revelations of character. The woven composition of narrative is firm and tense, a tapestry of rhythmic syntax.

Drager explains how her forthcoming novel, The Lost Daughter Collective, is told from the voice of a wrist scholar sharing “cautionary tales through bedtime stories to his daughter, who is a child prodigy ice sculptor.” The fathers, named by their occupations like “The Barber” and “The Wainwright,” call their lost daughters “Alice” and the dead daughters “Dorothy.”

Her narrative reminds us of fathers and their daughters, of love, fear, and incurable loss. Drager reads, from “The Barber and His Alice,” and when she says, “A daughter seems a simple thing,” we remember their complexity.

Drager ends the night with “The Angler, The Wainwright, and Their Alice,” a tale of a father who returns from sea in fear of a storm. And as we listen, we fall under the spell of her prose and forget for a moment the storm that awaits us as well.