Christine Schutt: Learning What You Do Well 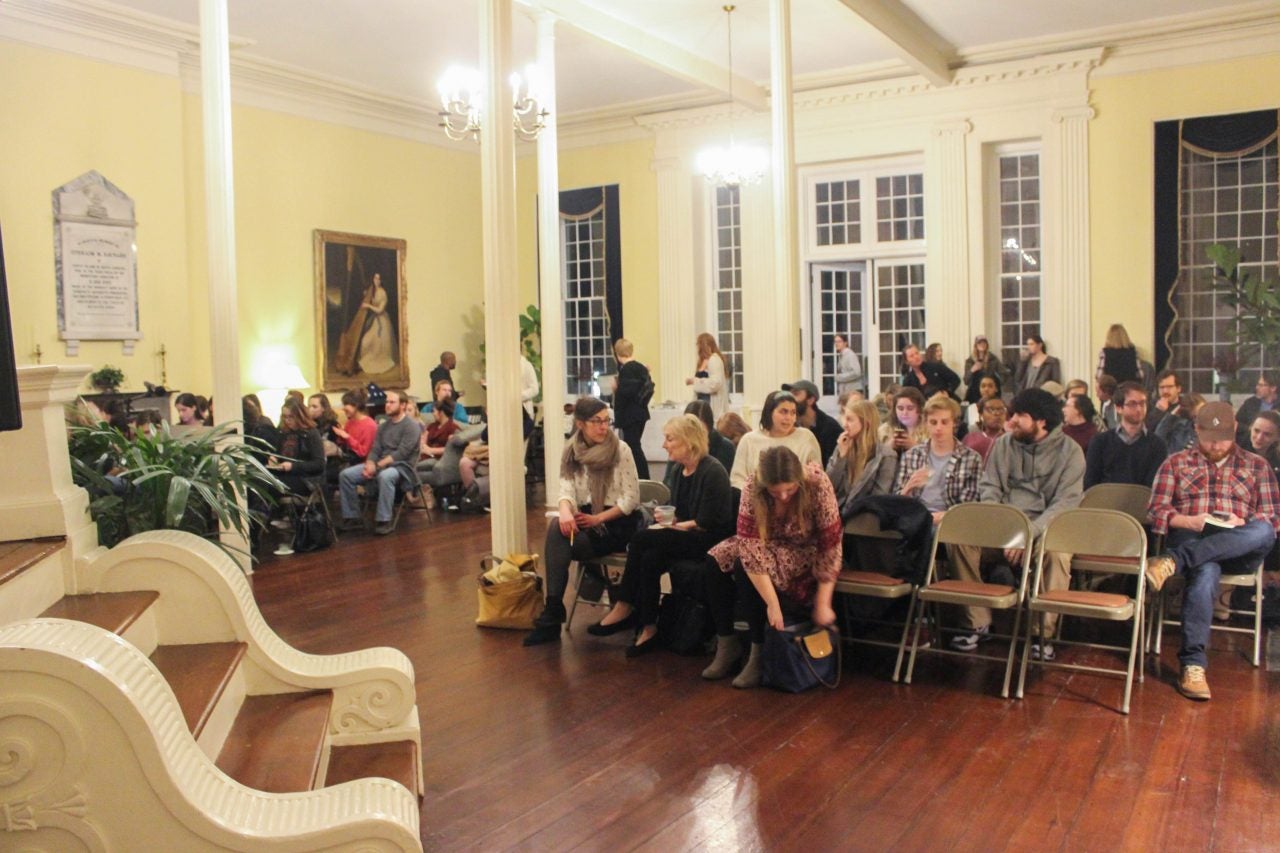 On the night of Thursday, February 1st, author Christine Schutt gave the third Crazyhorse reading of the academic year. Schutt was greeted on campus with a mild evening, something of a rarity for winter months here in Charleston. First-year fiction student in the College of Charleston MFA program, Emma Stough, introduced the visiting writer by explaining that “to encounter Christine Schutt’s prose is to enter an abandoned house with nothing but a lantern and a quick wit about you….it is to willingly cast aside previous knowledge of humanity, and sorrow, and disconnection, and passion, and mortality.” Christine Schutt is a two-time winner of the O. Henry Short Story prize, and a recipient of both a Guggenheim Fellowship and a New York Foundation of the Arts grant. Her first novel, Florida, was a finalist for the National Book Award, and her second, All Souls, was a Pulitzer Prize finalist. Her newest collection of short stories, Pure Hollywood, will be released in March.

When Schutt approached the podium in Alumni Hall and began reading, her soft but emotive voice beckoned the audience to lean forward and bask in every word. Schutt shared a story entitled “The Hedges”, a piece about an unhappy young family on a beautiful island vacation. Dick and Lolly Hedge struggle to control their sick, wiggly toddler while balancing unspoken issues of their own. At one point Lolly wonders, “How long [would] motherhood last?”

The story embodies themes that Schutt returns to again and again in her work: dysfunctional families, mothers grappling with motherhood, the darkness lurking beneath the veneer of the seemingly mundane. Her sparse, enigmatic prose draws the listener in: “She did not respond to the tuneless xylophone of his bottle banged against the crib slats”; “The small cage of bones that was his chest heaved”; “[She] looked pained by the clotted green sound of her little boy’s breathing, an unwell honk that did not blend in with the sashaying plants and beachy wet breeze of the island.” A mysterious accident looms on the periphery of the narrative, one that eventually eclipses Lolly Hedge’s “struggle to break the surface.” In the question and answer portion of the evening, Schutt was asked where she begins her writing process. She answered that she looks around her to find stories: “I’m always envious of people who have something going on in their lives.” Schutt also confessed that “The Hedges” was in part begun because of her recent reading of John Cheever’s “The Hartleys,” a story that also revolves around a dysfunctional family that ultimately suffers a loss. “You don’t learn things,” Schutt informs us. “You learn around things.” This inspiration is evident in “The Hedges,” a story that asks more questions than it answers. Schutt also spoke to the importance of a writer’s identity. She insisted on writers learning to protect themselves from a world that is often skeptical of the vocation. “No one’s going to approve of it,” she laughed. “You want to keep this thing close to yourself. You don’t want to lose your own courage. It takes a lot of courage and heart and… Admit to the fact that a lot of what you’re going to do is really not going to be great.”

Finally, Schutt offered a bit of seasoned advice for writers. She implored us to read our work out loud, and often. “If I cannot read the sentence aloud, then I know there’s something wrong with it.” It’s no wonder her hand-crafted prose carries such musical depth. And to young writers struggling with their own shortcomings she said, “Here’s a trick: there’s some things you do well, and there’s some things you really don’t do well.”

And what was it that Schutt found she was able to do well? With a knowing smile she divulged, “I wrote a good sentence.”