Hadara Bar-Nadav on the Beauty of Ambiguity 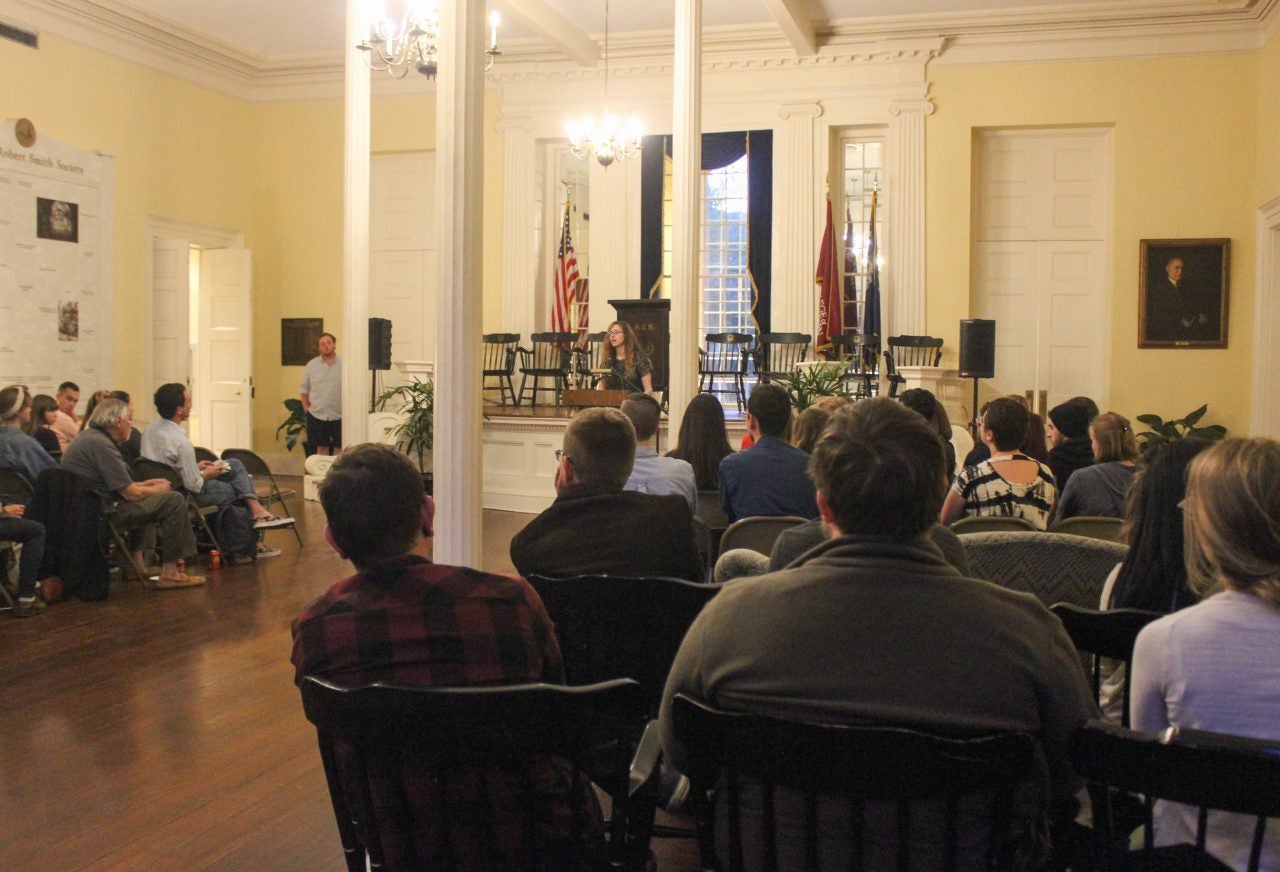 On Thursday, April 12th, poet Hadara Bar-Nadav gave the final Crazyhorse reading of the 2017-2018 school year. Second-year MFA candidate Catherine McCullough introduced her, saying that Bar-Nadav’s latest collection, The New Nudity, “is a captivating range of everyday objects.” She continued to say, “what struck me the most was the fantastic sound quality of her poems. They literally chirp and pulse, trumpet and twitter.” On Wednesday, the day before the reading, Bar-Nadav visited Crazyhorse poetry editor Emily Rosko’s class for a question and answer session. The students who attended were prepared, having already read The New Nudity. During the session, Bar-Nadav explained where she goes for inspiration, usually other poetry and visual art, and how she then follows wherever that leads her. “If I have an intention,”she said, “I usually kill the poem.”

For better or worse, Bar-Nadav’s poetry has the tendency to cast light upon dark and difficult subject matter. When asked why, she responded, “The happy stuff I don’t need to work on. It’s the hard stuff I need to work on, to work out.” This statement digs at the heart of what Bar-Nadav’s poems can do. While Bar-Nadav admits she doesn’t go to poetry for healing, she hopes that her own work “potentially…gives other people healing.” She says, “I guess the healing would be in articulating something that was a burden that maybe becomes slightly less a burden when I have the language to articulate it. To look at it as apart from me.”

At the reading, Bar-Nadav first established an air of poetic solemnity by pointing out, “It’s actually holocaust remembrance day today.” Her work often addresses these hardships, and her reading served as a sort of communal remembrance itself.

Bar-Nadav made her way through her work, starting with older poems from Lullaby With Exit Sign and continuing through The New Nudity—which she said “investigates the inner lives of objects and body parts”—and rounding it out with newer, unpublished and uncollected poems. About the new poems, she said, “I think it’s good to take risks when reading.” Those risks paid off when she read a couple of poems she’s still revising, works in progress, evidenced when she held the paper up for the crowd to see there were still pen markings on the page.

Bar-Nadav’s reading style was welcoming, and comfortable, poems often interspersed with warm humor. “All the best lines are Dickinson’s,” she joked once, referring to a series of her own poems which pull lines from Dickinson. Her commentary often illuminated deeper meanings within poems which might not have be evident on a first, second, or even third reading—not for lack of clarity, but because of her own personal insight. This insight was particularly relevant for many of the poems in The New Nudity. For example, when she read the poem “Thumb”—which won the Crazyhorse 2013 Lynda Hull Prize for poetry—Bar-Nadav provided a bit of background involving a thumb, a chisel, and some well-timed quick-stitching. “In the revision process,” she said, “I probably try to milk ambiguity, specifically in this project that’s meditating on objects. As any writer will tell you, the task is not easy. Bar-Nadav echoed these sentiments during her session with students, saying, “I think poetry is one of the most honest art forms, if not the most honest, because there’s no money in it . . . You do it because you love it and you make it a priority.” Readers of her work are certainly glad Hadara Bar-Nadav makes poetry her priority, even when it can be difficult. She informed the poetry students that when writing gets tough, “I ask myself often, ‘Who cares if I ever write another poem? Is the world gonna break in half if I never write again?’” To which she firmly responded, “I might.”