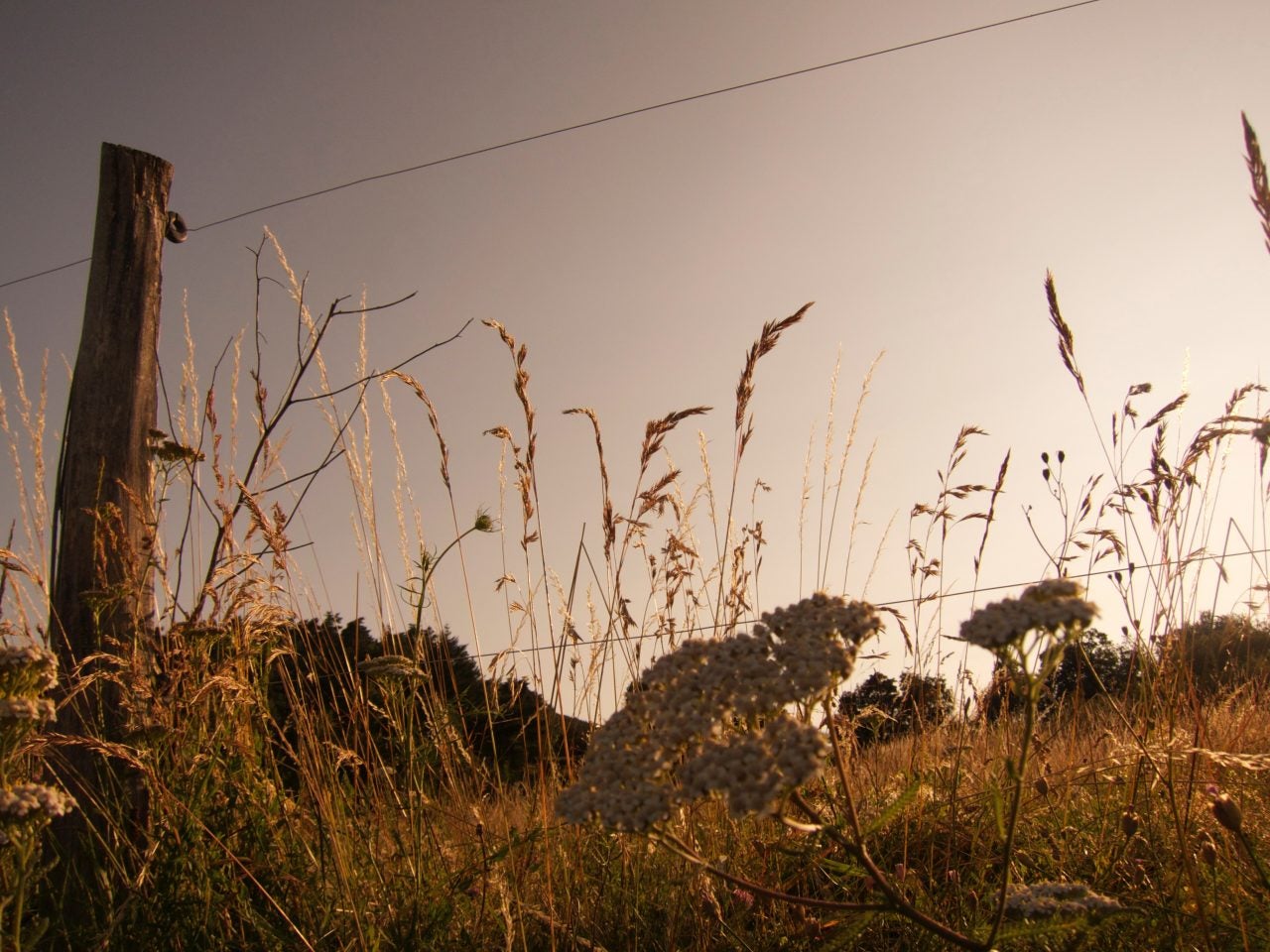 When I Was Baptized in Missouri Dirt

It stayed that same, steady
surrender of color even dug
up and turned over, covering
the shovel in it, somehow
never quite sloughing off,
even as dry as it got, and as hot.

So I like to look back
at that one rain that ran right into
the hour when our garden had
to be weeded, our norm,
our chore to do, us four
sort-of-city boys, moved

there from Ferguson, and one
of us found out how a molded
clod of that dirt, thick
enough to stick to itself
even as mud, flung,
would explode, and open up

the gray star of a crater, murder
on a white shirt.
And that was most of our hour,
all of us armed with as many
mud grenades as we needed,
none of us getting hurt,

feeling a little give in that dirt
as we ran on it, and, unlike
our pure savior, sinking in.

Chad Parmenter’s poems have appeared in Best American Poetry, AGNI, Kenyon Review, and Black Warrior Review, where one won the Third Ever Poetry Contest. His chapbook, Weston’s Unsent Letters to Modotti, won Tupelo’s 2013 Snowbound Chapbook Contest and was published last November. He received his PhD from the University of Missouri.