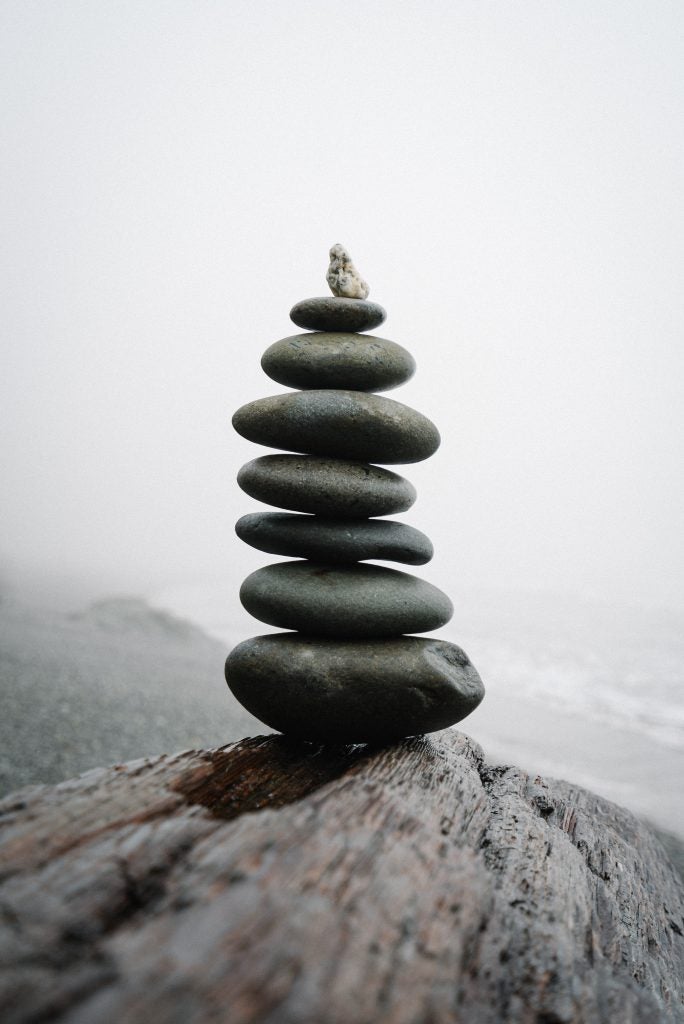 There’s this thing that I do every week which is to work at the front desk of the yoga studio by my house and check people in for class. I don’t get paid to do it, but I only have to be there for three hours and in exchange, I get to take as many yoga classes as I want. I normally work on Saturday mornings, but a woman that I hadn’t met sent an email asking if someone could cover for her so she could go to a holiday party. I don’t like the holidays very much so I said I would do it.

Sometimes I get anxious before I cover because I’m so used to my shift, and I worry something will come up that I won’t know how to solve or answer. But I went anyway and when I was walking behind the desk there was a little baby in a baby carrier just sitting on the ground that I had nearly kicked with my foot. Oh, I’m sorry, I said to the baby which felt odd. A woman turned around and said oh it’s ok. This is your baby, I asked, pointing at it. Yes, that’s Josie, she said.

I nodded and took my jacket off and sat in the other empty seat and tried to decide if I thought it was weird that her baby was on the floor. I guessed that putting it higher up would risk it getting knocked over, and it wasn’t like the baby was in an area where people were moving around, it was behind the desk where only her mom and I were.

I told the woman with the baby that I was covering for someone, and she said she was too. She said her husband will pick up the baby soon so it wouldn’t be here the whole time. I said I didn’t mind that the baby was here, which was true.

I have never wanted babies or liked them really, not in my whole life. I certainly didn’t like the baby dolls I received as gifts when I was a child. I thought they were strange and I couldn’t see what was fun about being a caretaker for a plastic baby. I don’t spend any time with babies now either, because I work in an office and am in grad school and there aren’t babies around those places.

I said this part, this last part about not being around babies much to the mom, and she said yeah before I had her I was never around them either. I glanced at the little baby carrier and the baby, Josie, had these big blue eyes that seemed like they were taking in everything. She wasn’t scared or bothered at all.

Eventually, Josie’s mom took her out of the carrier and held her with one arm and checked people in with her free hand and the baby just kept looking all around like everything was interesting and new.

I couldn’t figure out if Josie’s mom was older than me or younger than me or the same and I wasn’t going to ask. People always think I’m younger than I am because I am so short, but I feel inside so much older because I’m always very tired.

My parents are divorced and they don’t live in the same state as me. I call or text them separately here and there but I don’t have much to say most of the time. The last time my dad called I put him on speaker so I could do other things around the house while he talked. At some point he said something like, you will understand better when you have kids. I could only laugh because I’ve never expressed to him that I want kids or will have them. I said some version of this to him and he said well, I would like to be a grandpa soon. I looked at Chris from across the room and we both shared a confused face. It was somewhat sad and strange to think about my father getting older so far away and wanting to be a grandpa to some imaginary baby that we had never really talked about.

At the studio, while I was checking people in and noticing the baby, one of the instructors came walking down the hallway and she was very sweaty from teaching her class. She has muscular arms and a very angular face and a voice that intimidates me sometimes but when she saw the baby she changed. She started talking to Josie’s mom about baby things, what they do at certain ages and times. I didn’t say anything, I just spun back and forth in my stool while the baby looked at me.

I have tattoos all up and down my arms so people and kids tend to stare at me a lot. It’s hard to know when people are staring in a mean way with me. I have an uncle with multiple sclerosis who has to walk very slowly and people stare at him a lot in a way that is also kind of tough to place. But I didn’t know what the baby was thinking, of course. I wonder if this is why I don’t like babies very much because I can’t read them. I seem to have a hard time reading everyone regardless of their age, however.

If I had gone through with my first pregnancy I would have a four-year-old baby now. If I kept the second one I’d have a two-year-old baby. When my mom was my age, I was four and my brother was two. This is very difficult for me to think about.

The first time I got pregnant I tried to tell my mom, with subtext, what was going on and what I was going to do but we had a missed connection. I bled it out at home alone. The second time, we hadn’t spoken in over a year because I was very angry at her and I couldn’t find the right words to say. I saw the positive test and I called her and she came with me. She came with me and she sat in the waiting room and she held my hand. I asked her if she was disappointed in me and she said no, not at all. She asked me if I was disappointed in her and I said no. I meant it then.

There’s this pose that you do at the very end of a yoga class, after savasana (corpse pose, where you basically just lay there like you’re dead), and you roll over onto your side and draw your knees up to your chest like a little fetus. It’s probably my favorite pose. In the practice of yoga, this is supposed to symbolize rebirth, or the chance to start over. You can pretend to be a baby if you’re not a baby and give yourself a fresh start. You can look at everything like it is interesting and new.

I kept waiting for Josie to cry or do something irritating. Since I am not around babies hardly ever, I always notice their presence in a restaurant or a grocery store by their screaming. But Josie wouldn’t scream or cry, she just kept taking everything in. Josie’s mom noticed her looking at me, and she reached toward me with her little baby hand. I laughed and stuck my hand out too and I felt like an alien in a stupid way and I put it back down.

Do you want to hold her? Josie’s mom asked even though she was already passing her to me. I took her in my arms and felt very, very nervous as I put my hand on the back of her tiny baby head. Josie’s little fingers grabbed onto my shirt and she nestled her head into my neck and made baby sounds, soft ones.

She really likes you, Josie’s mom said and we both laughed. I don’t really remember how much time passed until Josie’s dad came and I had to give her back and say goodbye. I do remember how my arms felt after, from holding something that is so small and strangely heavy and alive.

When my shift was over I met Chris at a bar across the street and I told him that I held a baby. I smiled when I said it but I also felt sad like a tugging inside that was a new kind of sad but also not. Oh great, do you want a baby now? Chris said while he looked at the menu.

Whenever I am in therapy, which is another thing that I do every week, we talk about how I am prickly like a cactus, but that I want to be more like a soft teddy bear. A combination of the two feels more realistic to me, but regardless, the softness is the challenging part. I could see and acknowledge that the baby then was making me softer, but the not-to-be babies from my past and the pretend baby of my future made me sharp.

I don’t understand what my responsibilities are in this life. I realize that no one really needs me, not in a baby way of wanting to be held, or in an adult child way to call with updates. My boyfriend needs me for company and love, but I do feel like I could be swapped out for a book most days. The only time I ever needed anyone was when I was a baby, and when I was getting rid of mine.

No, I said to him inside the bar. I was looking at everything, taking it in. I don’t want a baby now.