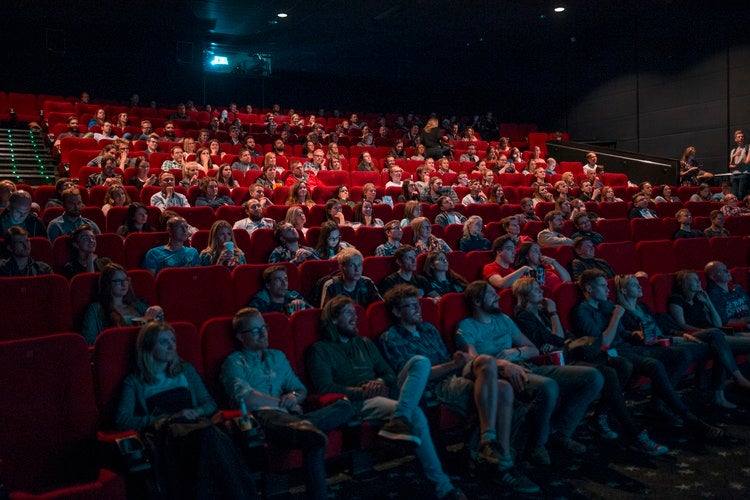 The Last Time I Took My Son To The Movies

We saw Wonder, the story of a boy
named Auggie with a facial deformity
caused by Treacher Collins Syndrome,
who gets bullied until the other kids
get used to his face and learn to see
past it into his beautiful true self.

My son started talking too loud.
I knew his whole script:
Our car has 162,900 miles on it.
I’ve saved $304. I’m buying a leaf blower,
some extension cords, some button-down shirts.
They’re remodeling my high school
Phase I will begin in 2018.
Phase II will begin in 2020.
They’re putting in straight halls
because people get lost in the circular halls.
They should study the interactive map like I do.
How long will this movie take?

The man in front of my son turned and said Shut up.
My son’s face reddened. He rocked back and forth,
said You shut up. I’ll call the police on you
as the man tried to lock eyes with him.
I leaned forward and said Turn around, man.
The man and I locked eyes with the fiercest looks
we could muster. This lasted forever, a minute, maybe.
We locked eyes for so long that my mind wandered:
Will Auggie make friends?
What is making that squeaking sound in my Toyota?
Should I take it to a mechanic?
Who was AC/DC’s singer before Bon Scott?
The man pointed at my son and said One more time.
I said Let’s go right now, and he finally turned
back to the screen, where Auggie’s dad was telling him
to take off his space helmet and face
the other children staring at his face.

Ten minutes later, my son was still upset,
saying I’ll wreck you and You don’t do that.
The man turned again. I leaned forward again,
said Look, my son has special needs.
Do you understand that we’re watching a movie
about accepting people with special needs?
and my son said I have autism.
The man said Okay. You should have said so before
and he was right. He and his daughter found other seats.

By the end of the movie, I felt bad
for the man. He didn’t know
about my son’s inner battles,
and we don’t know what he lives with.
Maybe his father had just died,
like Malcolm Young, at age 64,
unable to remember the songs
of his own heart. Maybe he just lost
his job and wondered when he could
afford to take his daughter
to the movies again. I wanted to
take him out for a beer.
I would have listened to him
talk about his father and his daughter.
I would have tried to help him
find a job. But after the movie,
I couldn’t find that man among the faces
adjusting to the lights coming on.

Tom C. Hunley is a professor in the MFA/BA Creative Writing programs at Western Kentucky University. His latest collection of poems is Here Lies (Stephen F. Austin State University Press, 2018). Forthcoming are What Feels Like Love: New and Selected Poems (C&R Press, 2020) and the expanded second edition of his textbook The Poetry Gymnasium (McFarland, 2020).