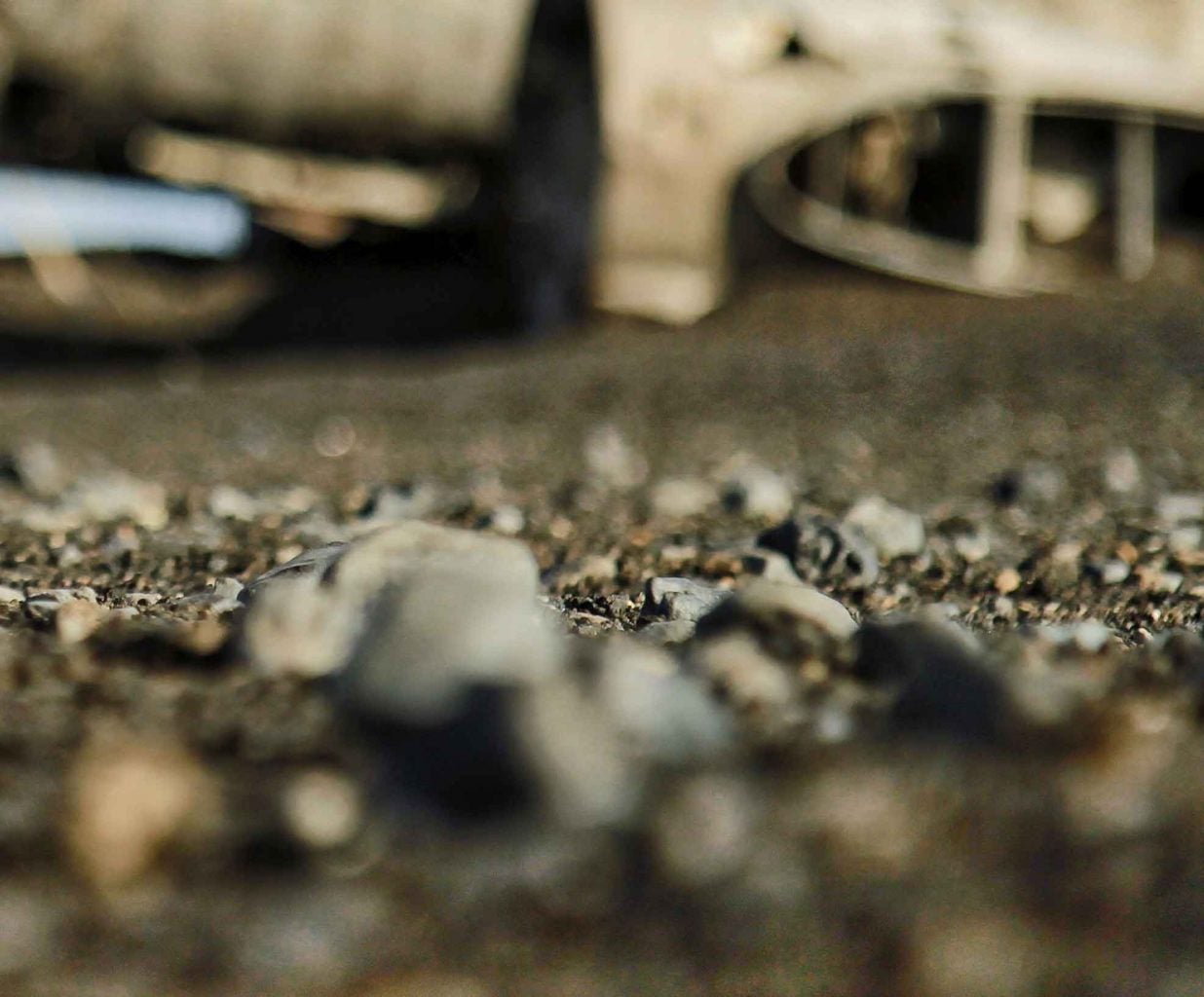 When Barbara was a little girl, a stranger led her to a house with an odd front door. It was a not a menacing stranger—more likely a family friend who had been improperly introduced. This person had walked ahead up a long, shady, sidewalk, which was cracked and mossy from the roots of old trees growing along the side. The sidewalk could have gone on and on, but they soon stopped by a section of stone wall where there was a mailbox. The stranger opened the mailbox and closed it, then motioned toward a cottage with a peculiar front door. The door was painted yellow and entombed in a very pretty front porch made entirely of glass, much like an elevator. To add to this strangeness, there was, in the middle of the cottage’s driveway, a large mound of gravel. Barbara knelt in front of the mound, as if in a trance, and spread the gravel away with her hands. What she uncovered, she uncovered much faster than she would have liked. It was a pane of glass, something like the lid of a large box containing objects that became clearer as she let more light inside.

Barbara’s mother denies it. She would have never left her daughter alone with a strange man, she says, which just goes to show that she has never really listened to the story. If she had, she would have known that the stranger was androgynous. All the more reason to classify it as a dream, says Barbara’s father. But Barbara will not yield. It really happened, she says. How would my subconscious have created that yellow doorway? Such interesting architecture?

She had uncovered the windshield of a car. The glass was dusty, streaked by gravel and cloudy with her own hand prints. If the man behind the wheel had not moved she may not have seen him at all; his brown hair and his dirty suit and tie. He did not struggle like someone buried alive, but merely looked around the interior of the car, as if he had misplaced his keys.

It was the man’s movements that alarmed her; so calm and slow. Years later, when she was in her teens, Barbara went to the theater with a group of friends to see a war movie. It was a very popular movie that tried to be realistic by allowing the camera lens to be spattered with blood. In one of the battle scenes, a soldier looked down at his lap to find his organs exposed. He fondled them in disbelief, in slow, disbelieving movements. They reminded Barbara of her strange memory, of that man in the buried car, how he had just looked around. She became so uneasy that she left the theater. And as she walked up the aisle, the flickering faces all looked at her and thought, that girl is too young to see this. She should have stayed at home.

Genevieve Plunkett is a lifelong resident of Bennington, Vermont. She graduated from Bennington College in 2011 with a degree in literature, and now splits her time between writing and caring for her two young children. Her stories have appeared in New England Review, The Massachusetts Review, and Willow Springs.