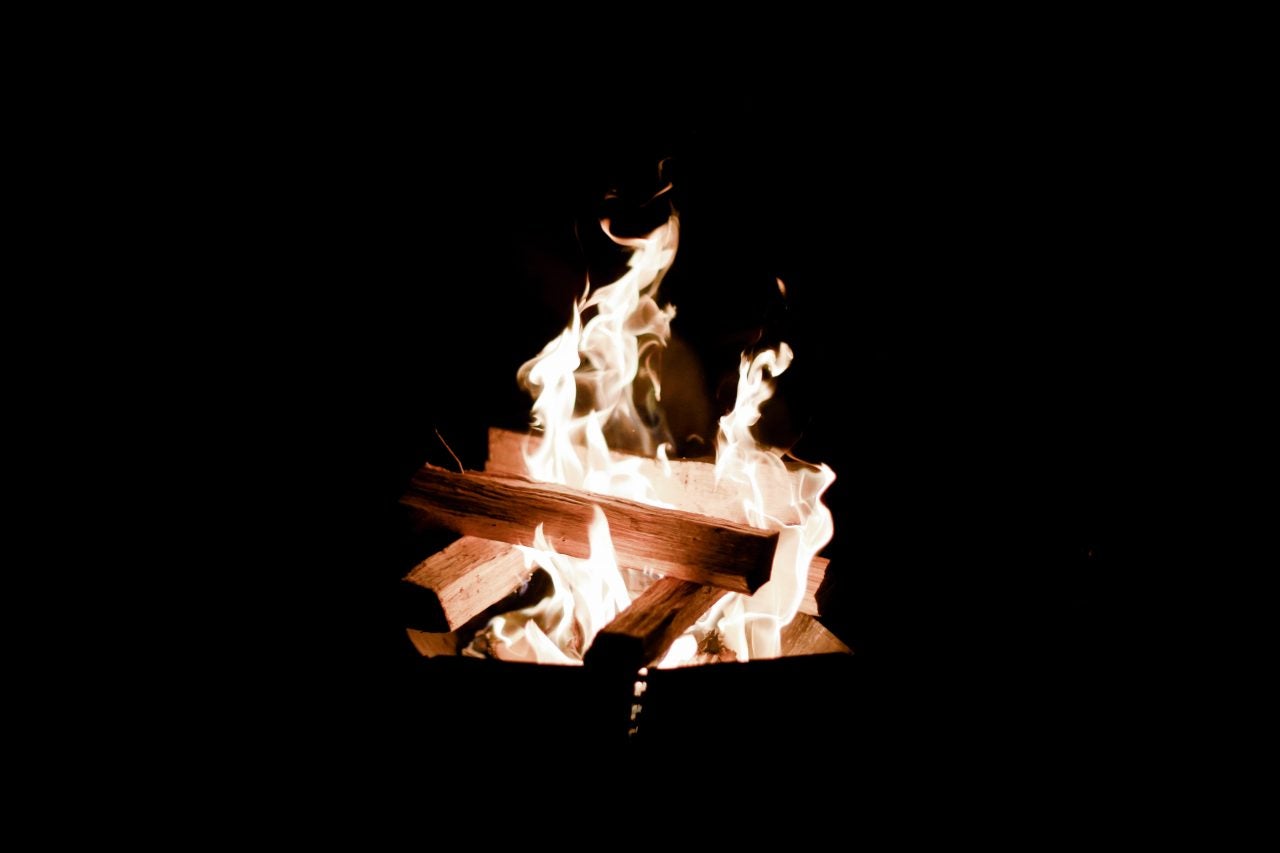 Self Portrait With Nightfall

Say you were born with a congenital absence, one

You can see, a space you should have
A digit or a limb to flutter and wave at

The world, hang out on the air—or you’re missing

Something invisible, a chemical in the brain that tells you
Smile now, a piece of gristle your heart needs

To beat in synchrony. Mutter all you want: in this

You are different from nobody, even in your feeling
Alone at night when darkness brings itself down

Blazing the house across the way, where you imagine
Neighbors you haven’t met baking potatoes

Or settling down in front of the TV, looking to fill

Another long vacancy. You know that light
Catching the grass almost as far as the sidewalk

Will never reach you. See? Out back, across the ravine,

A campfire burns at eye level, suspended.  Have you
Forgotten where the ground is? Before the flames flicker

Shadows with nowhere else to go. September, nights begin

Shivering, the first breath from the north. Where will those
Ghosts sleep when the snow flies? And where will you be

When the field has already erased itself?

Katharine Coles’s fifth collection, The Earth Is Not Flat, was written under the auspices of the National Science Foundation’s Antarctic Artists and Writers Program; ten poems from the book, translated by Klaus Martens, appeared in the summer 2014 issue of the German journal Matrix. Her sixth book, Flight, will be out in 2016. She was a 2012-13 Guggenheim Fellow.