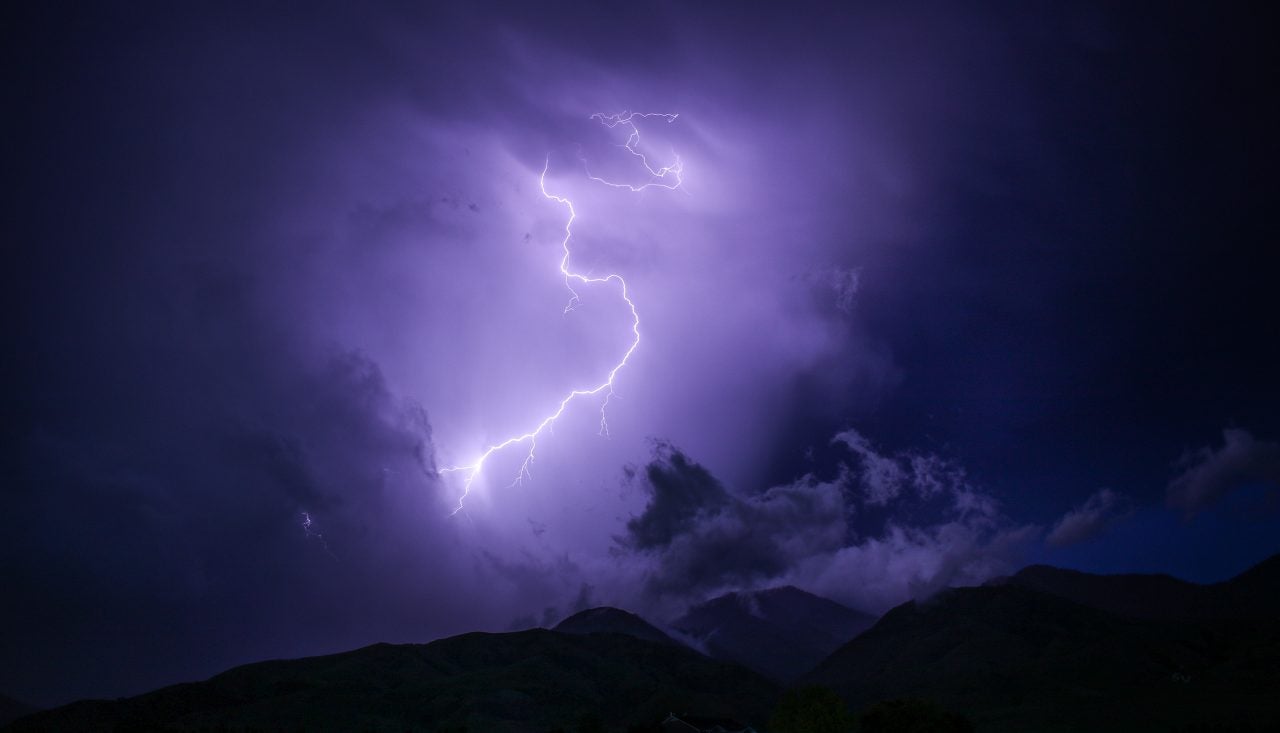 Parable of the Sleepwalker

Forget him not. Somnambulant and blind
treading the dark, his feet reading the braille
of land: pebbles like old teeth and scales
of bark loosened from swimming trees.
He finds no ease. No, he finds no ease.
A storm like a lantern swings above the leaves.
He walks and walks. His mind tucked
in another life, penitentiary of dreams,
not knowing he approaches the chasm’s fretted
lip: mine shaft or blistered quarry whose
water turns black this time of night. When
his foot slips, he wakes to find himself falling,
no sense of where land ended or where it might begin
again. The roots of cliffhanging ferns slide
like grubs against his eyelids until at last
he catches a branch that saves him from decline.
Forget not how he dangled for hours until he fell
and found the ground an inch beneath his feet.
Forget not how the mind swings open in the dark.
In the open air. God married elsewhere.

L.S. McKee’s poems have appeared in Birmingham Poetry Review, Blackbird, Ninth Letter, New England Review Digital, Gulf Coast, Indiana Review, New South, Appalachian Heritage, Oversound, and elsewhere. She received her MFA from the University of Maryland and a Wallace Stegner Fellowship in poetry from Stanford. She teaches at the University of West Georgia and lives in Atlanta, where she is co-founder of Narrative Collective at the Goat Farm Arts Center.