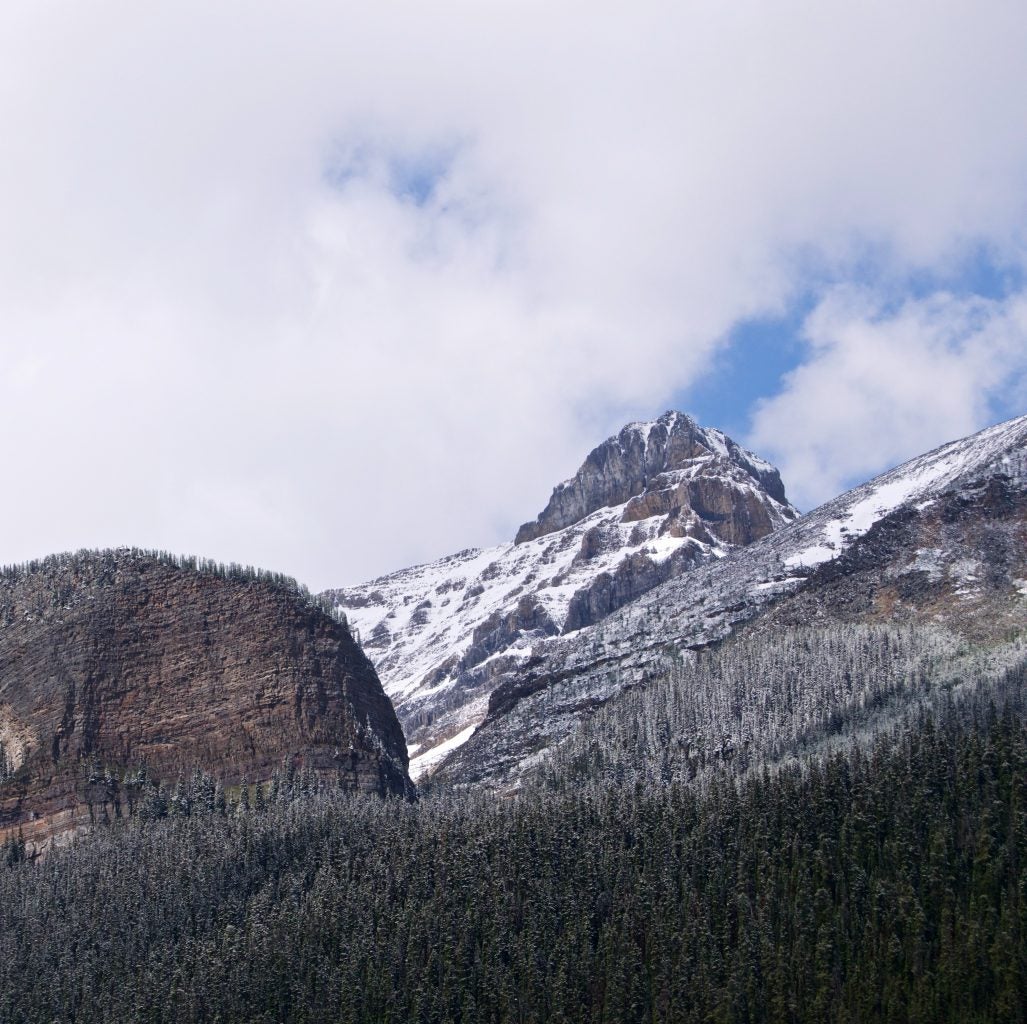 The sky is coated with scurf the color of tin. Bands of haze hang at the fringe of the valley giving the impression that the mountains have receded into memory. The air is thick and full of grit. A mouthful chokes me. A good storm would clear it but the days are still and quiet as days often are under the bowl of winter; this air will be with us for a while. My perch on the bridge is fifty feet above the tracks where trains throttle up, censing diesel into stands of smog. They stretch the length of the valley from east to west sawing between empty and filled depending upon which direction they’re traveling. The tracks are never bare. And perhaps some of the dirt I breathe is from the coal itself or a bit of the prairie it came from that lingers in the air as full trains flow to the west, a dark river made of dark matter that empties into the sea. Coal is Montana’s second largest export. It rumbles under my feet, courses and booms through the valley as trains pulled to rolling bite their hitches, slam hook-and-eye one after the other, sounding like great inland waves made of metal. I feel a tremor in the girders and the bridge sheds its pigeons. Sunlight turns a bit of the sky from tin to pearl.

If I follow the tracks east they will lead me to my ancestors although copper, not coal, was the ore they worked. My great-grandfather mined it; my grandfather smelted it but they didn’t tell many stories and it’s hard to imagine the shafts and furnaces of their youth. I knew a man who worked in a mine called Orphan Girl three thousand feet in the ground but he only described the lights they carried and the bags that held the ore as if the darkness stood unseen. My grandfather told about heat and catwalks and a man who lost his foot in the copper but the story ended quickly, with a moral: the man was lucky he didn’t lose more. I don’t know if I’d call that luck and I can only imagine the deep drop, the darkness that laps the skin like an ocean with a drowning tow, or the fire that turns rock into pennies. What I know is the coal in the trains but the earth was stripped, not tunneled, to get it. Copper can be taken that way, too. Butte has a pit a mile long where part of the city once lay. A person can stand at the edge where they put a plaque and a painted rail and imagine falling 1600 feet to the poisoned waters below, blue, like the Caribbean when the sky is clear. Tricky. A goat thought he’d found a watering hole and shambled down the path; a stray dog lived at the edge for sixteen years like a ghost that couldn’t cross. And late one fall, a flock of snow geese landed on it flying south and died. The water lures as if the metals that seep from the earth are magnets and I can just about sink through the air like a nickel on my pitch to join that flock of dead birds. Seems crazy to have taken my child there, but I did, and I clung to her body as we looked over the edge but whether to keep her from falling or me from jumping is a bottom I can’t see.

I’ve felt like that before. From a bridge over a rushing river, from balconies overlooking ravines, from up on the roof shoveling snow, I’m filled with the idea I’m already falling, that the fall is inevitable. When I was little I’d look at the sky and spin then lie on the ground and could swear the earth turned right under me, feel it teeter on its own edge, loosen, open and let go. I’d close my eyes and move fast like the clouds. The looseness tickled then but now it’s a sense akin to vertigo especially in a high place or at the edge of a deep one. I have never ridden the bucket-and-rope called a chippy hoist into the earth but sometimes manage, anyway, to lie at the bottom of a dark, shafted hole wondering if the pinprick of light above me could really be the sky; a point so far up that looking is another kind of fall.

Naomi Kimbell earned her MFA in Creative Writing from the University of Montana in 2008. Her work has appeared in The Iowa Review, Black Warrior Review, The Indiana Review, Calyx, The Baltimore Review, Otis Nebula, Pithead Chapel, and The Rumpus. Her essay, “Whistling in the Dark,” was shortlisted for Best American Essays 2010 and is anthologized in Blurring the Boundaries: Explorations to the Fringes of Nonfiction. She has taught creative nonfiction at the University of Montana and is the former creative nonfiction editor for Pithead Chapel, an online literary journal.