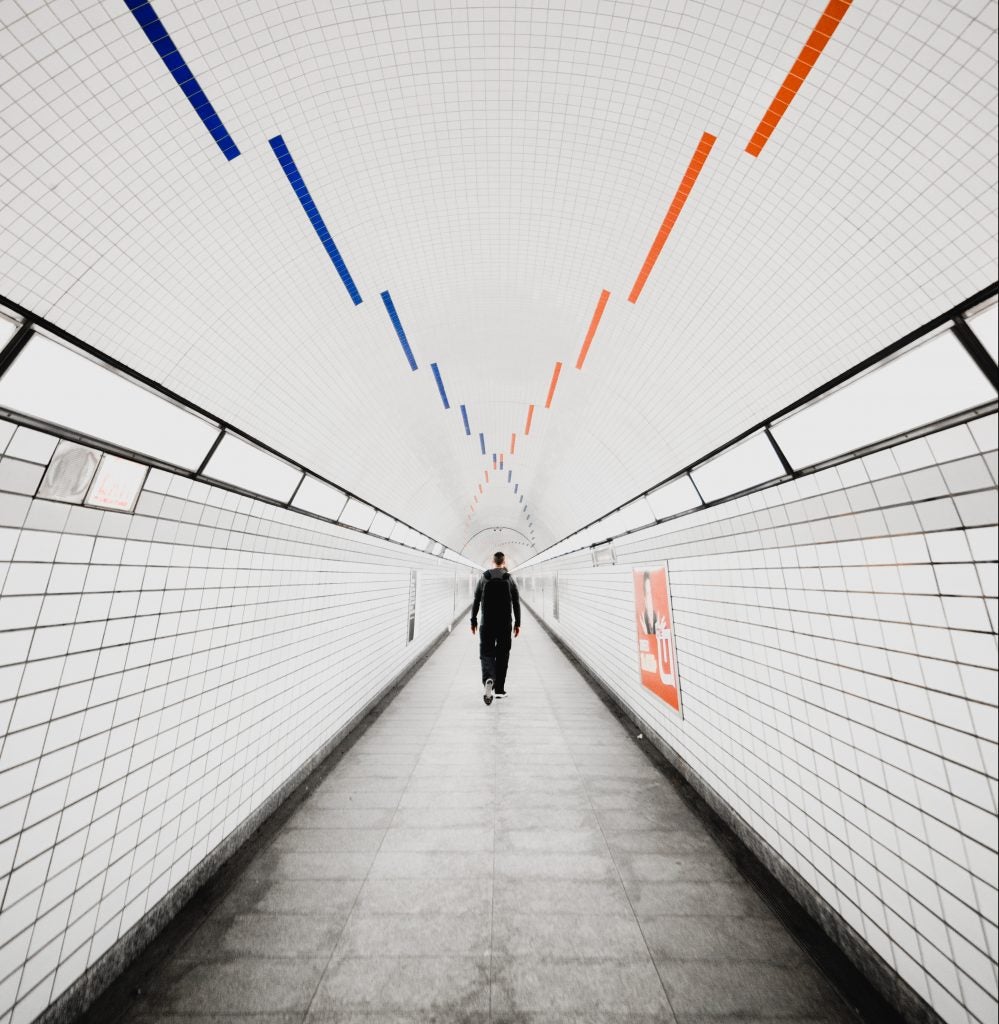 To at least one force I’m equal
in magnitude and opposite in direction,
a law of motion enveloped in a man.

Swagger, sway—whatever you want to call it,
it’s scientific. Measurable, if not quantifiable. Fixed,
if not stationary. Gravitational. Unfuckwitable.

I praise and cuss by parting the same lips
and there’s not one thing you can say to
persuade me that God doesn’t like gangsters
or appreciate their habitual leans.

It’s not stated explicitly in Genesis, but
He had to come from nothing, too. He gets it,
as does His son who ran the streets with whores,
who were just women until men pulled word-
swords out of their itchy throats.

I know these types, speaking as if to scratch,
always so willing to dress you down to
your holey drawers and socks, getting lost
in some idea of respect, getting off on power
like a light switch standing erect.

Merely by breathing I disavow and distance them.
I danger up a beautiful day in the neighborhood.
I dance around their burning straw man
pedaling backwards on the balls of my feet.

I ball by any means necessary; they banish
me to be in absentia until I make bail. But
no boo hoo here; I won’t cry over spilled
blood anymore. I steady my base, build
momentum at the hips, and swing through
the me behind the me you see to get to you.

Cortney LAmar Charleston is the author of Telepathologies, selected by D.A. Powell for the 2016 Saturnalia Books Poetry Prize. He was awarded a 2017 Ruth Lilly and Dorothy Sargent Rosenberg Fellowship from the Poetry Foundation and he has also received fellowships from Cave Canem, The Conversation Literary Festival, and the New Jersey State Council on the Arts. His poems have appeared in POETRY, The American Poetry Review, New England Review, AGNI, TriQuarterly, and elsewhere. He serves as a poetry editor at The Rumpus.