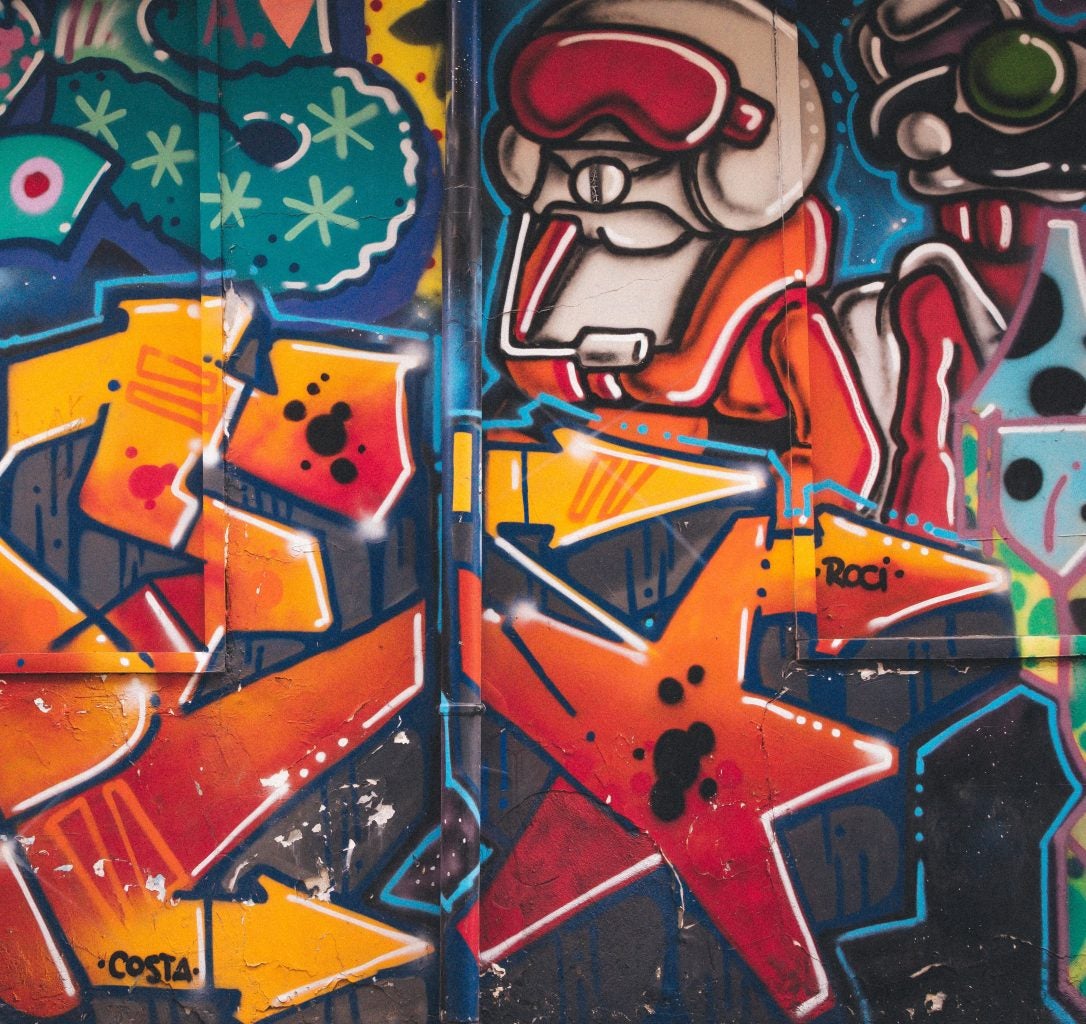 My brother and I didn’t read the same kind of comic books, growing up.

It’s not that I read girl comics and he read boy comics. More complicated than that: Matt’s comics were never American, but were imported from elsewhere in the world (Spain, France, Japan) and possessed plotless violence and peculiar vulgarity—naked long-haired women riding giant hairless wolves, gun fights over narrative gaps, spaceships that drifted from panel to panel on galactic journeys that didn’t seem to have any arc or allegiance to linear time that I, personally, could perceive. Radical graphic novels, Matt called them. They weren’t funny. Me, as a kid, I mostly read Peanuts. Charlie Brown, Lucy, Snoopy, Linus stood around, gunless and good griefing in clear, sweet chronological order.

After high school I stayed in my hometown. I’d taken a gap year before college, to save money for school by waitressing for a while. Matt, though, had grown into this gangling dude-thing of restless energy. He sold his car and moved to Barcelona. His favorite Barcelonian comic book artist had just died, and he went there on some sort of farewell pilgrimage. “I’ve connected up with some other artists,” he said to me in an email. “We are building the dead genius a shrine, northwest of the Arc de Triomf, on Passeig de Sant Joan.”

I wrote back. “What does a shrine to a dead comic book artist look like????”

Matt didn’t reply because a car hit him. The death was a random shift that made no logical sense, belonged in one of Matt’s comic books. And so maybe that was why, when he died, I started to feel like I was living in one of those not-funny comic books myself. Time turned nonlinear and any past tense in my memories became present tense, so that I’d be lying in bed and would start to have thoughts like this: Here I am and I am eight and Matt is ten and Matt is attacking a tree with a baseball bat, for no reason. Here I am and I am four and Matt is six and flicking bits of Jell-O at my forehead. All these Matts in my mind, all at once. It’s funny. It’s actually almost funny, to be trapped in one of Matt’s comic books. Good grief, I say out loud sometimes, laughing until the sound turns to a howl.

Lee Conell’s work is forthcoming in Glimmer Train. She is currently the third-year MFA fiction fellow at Vanderbilt University.