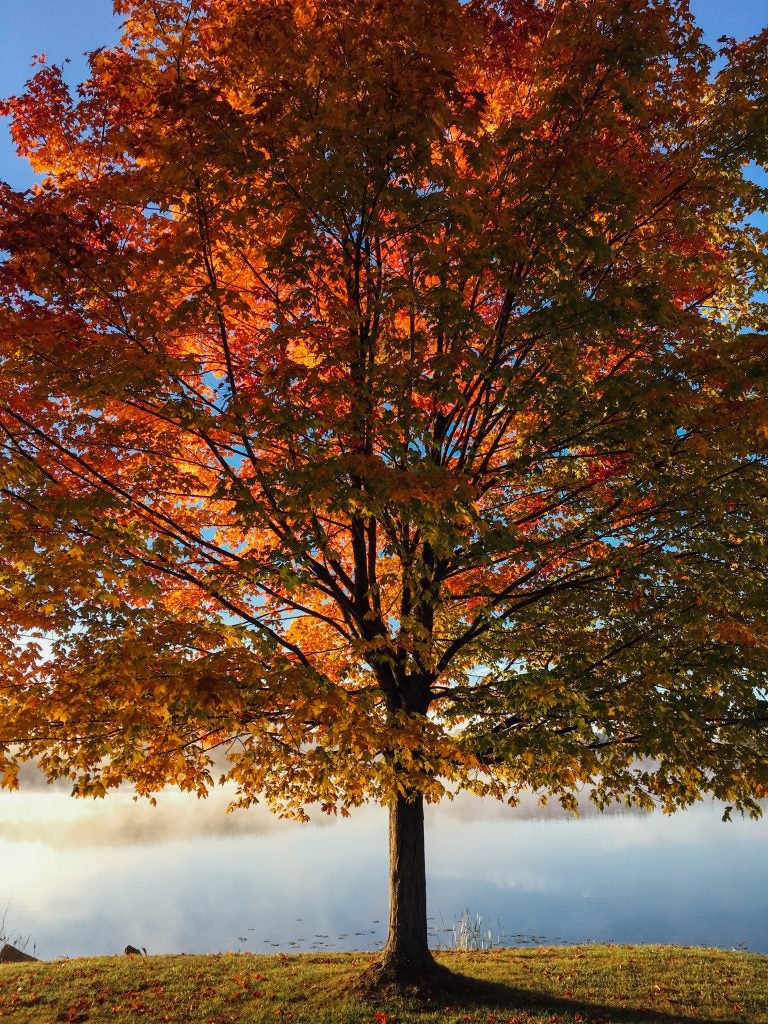 Sometimes I wake up in the middle of a vacant thought
or daytime trance, brought on by the rain, or the peculiar way
the leaves have suddenly moved on a nearby tree,
or not moved, and have only seemed original, and severed
from the dripping walls, the billboards advertising real estate agents,
waterfront seafood restaurants, and bleach. And I sense a kind of presence,
not unlike the hum of electrical wires, or the faded reflection of clouds
passing over a window, the way they are shown to themselves
without eyes, without mouths to kiss, or hands to hold
to the wind. And I have been told that this is called leisure,
or pleasure, or something related to the vague abstraction
of youth, something I’ll slowly grow out of, winter by winter,
silence by song, whatever repeats and remembers itself
in my name. Until one day, standing on a street corner
in early July (maybe the exact same street corner),
looking at maple leaves catching the rain, I will see only pity
and lichen shades, barely-there shadows that fall
to the street, and the light will be too far away to remember,
and the words will be drizzle, and maple, and green.
And before I know it, the language will not let me leave it.
The traffic will pass as it always has passed: dependably,
rumbling west of the bridge. And my heart will be sewn to this rhythm,
and wise. But in the wild reeds and coiled groves that line
the ballfields west of Dundas, the scattered trash and dead-end parks
where redwing blackbirds chitter in the sun, and kids
hole up in plywood forts and crush a little bead
against their rings—a mortar in the grinder box, a wonder
at the absent sense of time—the world is still imbued
with light, and a feeling that each leaf, each particular grain
of sand, each invisible current of wheat, is lost on the structure
of words. And that here on earth the truth goes on sleeping,
and the orbiting stars go on claiming their horror without us.
Where do we go from here then, stranger? Skirting the off-trail fingers
of scree, riding the Highline through eastern Montana nights,
squatting the rooftops of empty construction sites, courtyards
of funeral homes, sacristy basements, boxcars with shadow-scenes playing
on the walls. Wheels and vagrancies. Turnstiles of ecstasy.
Burdens of lights in the tumbling cars. Fashion my brain
to those rattle-bag versions, those strange combinations of fever
and pitch. I’ll trade you the rest of my life to believe it.
The wheat in the thresher. The deer in the ditch.

Kai Carlson-Wee has rollerbladed professionally, surfed north of the Arctic Circle, and traveled across the country by freight train. His work has appeared in Narrative, Best New Poets, TriQuarterly, and The Missouri Review, which selected a group of his poems for the 2013 Jeffery E. Smith Editor’s Prize. A former Wallace Stegner Fellow, he lives in San Francisco, and is a Jones Lecturer in poetry at Stanford University.