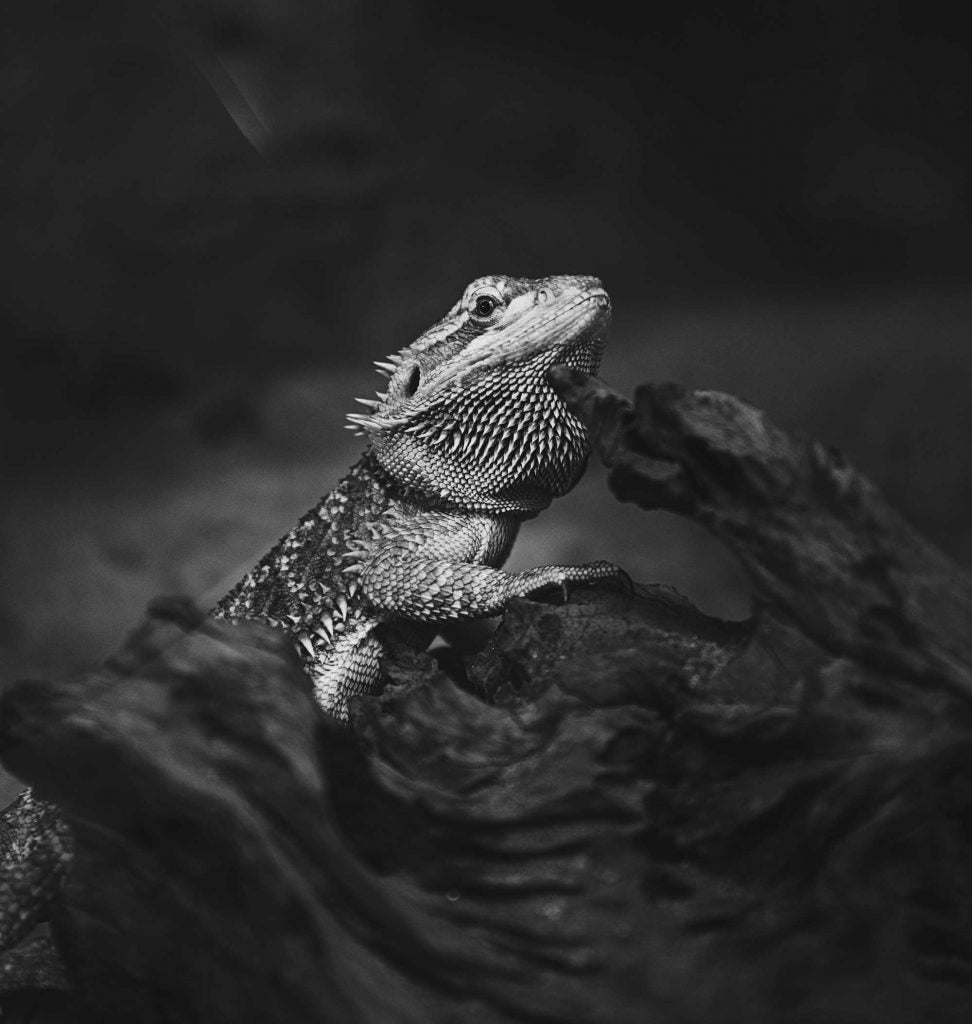 Strange never to have imagined being one, the rock
beneath the lizard found itself one night noticing
while over head, or over rock, stars
wheeled their perfect wheel and the planets,
a few planets, tonight, mazed the expanse.
Oh, planets, thought the rock, the thought of the lizard
disintegrating, as it had done night after night. Strange never—
and then again strange, a very exact repetition.

Only very slowly does a rock make its mind-stuff
into something not the same as yesteryear. Ah, snow, the rock
still thinks in the desert, where snow is now rare. Snow by tinkle
as a small string snapping, a crystalline echo, it knows; but lizard
belatedly, apprised by occasional shadows
a lizard lays down. The lizard—strange never
to have imagined its acyclical vanish and return,
the rock—the minute a storm hurled it
the length of a lizard’s life away, down a slope
to a riverbank, beside which, later,
it would learn to greet the water in water’s tongue—
nearly thought.