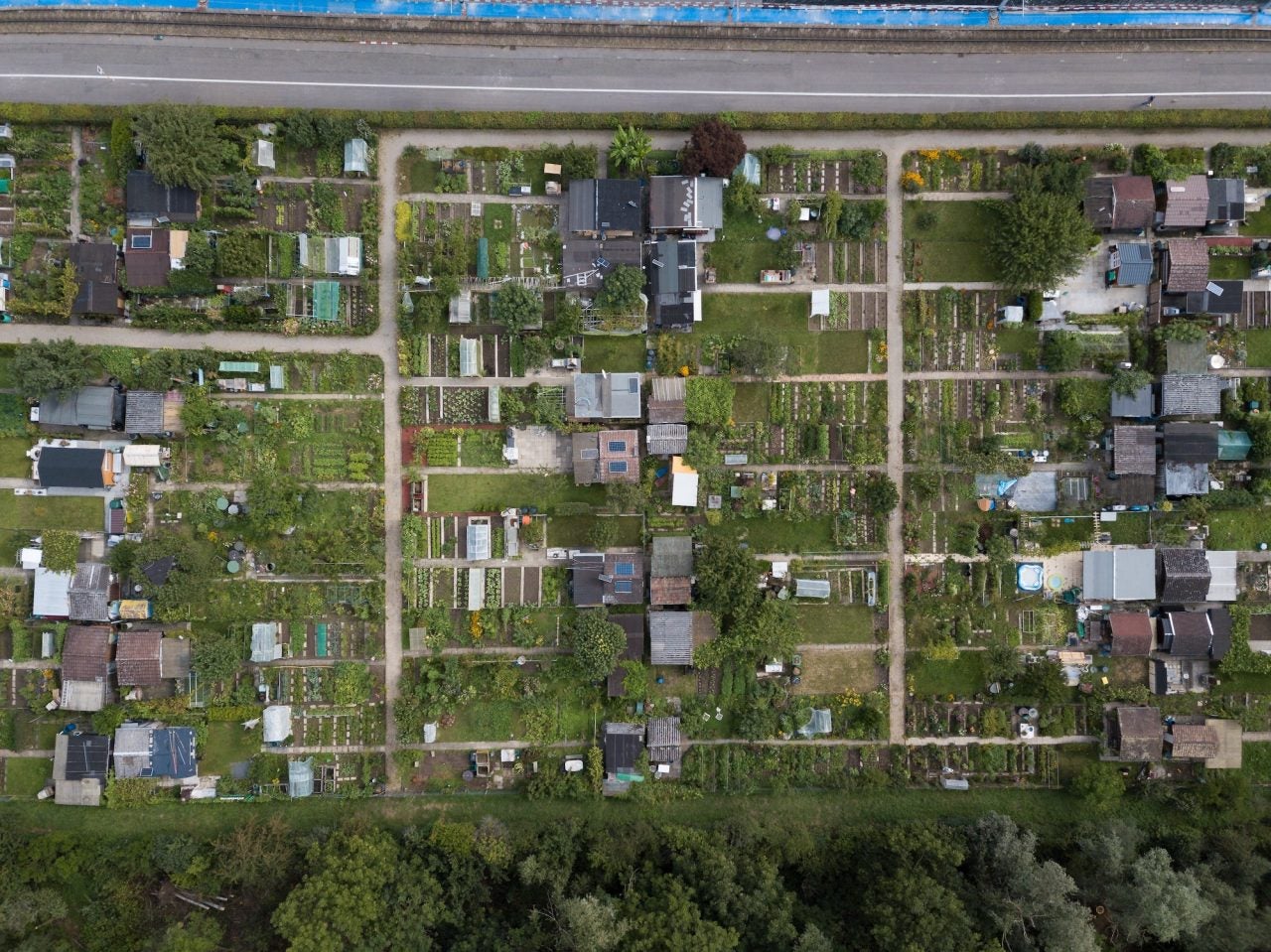 so long the day
yet it’s already almost evening

Still what’s up with living the life?
Puffed up like a monstrous blimp
it moves forward on its forefeet

At noon noises flew through the house
The sounds of lilies
spirit levels, dragonflies
the wind

Someone comes on stage
and says: Come on, let’s go into the garden
I’ll cut the sky in two
with you

There stands terror in a white dress
A snow-made face
As if in a trance, the flowers seem
to be waiting for me

Matthias Göritz was born in Hamburg in 1969. His translations (with Uda Strätling) include John Ashbery’s Girls on the Run and Flow Chart, and books by Rae Armantrout, Ann Lauterbach, Mark Strand, and Nicholas Baker. He’s the author of three volumes of poetry—Loops (2001), Pools (2006), and Tools (2012)—two novellas, and three novels: The Short Dream of Jakob Voss (winner of the Hamburg Literature Prize, Radio Bavaria Prize, and the Mara Cassens Prize); Dreamers and Sinners (winner of the Robert Gernhardt Fiction Prize); and Parker. He teaches in the Comp Lit Department at Washington University in St. Louis.

Mary Jo Bang is the author of eight books of poems—including A Doll For Throwing, Louise in Love, The Last Two Seconds, and Elegy, which received the National Book Critics Circle Award—and a translation of Dante’s Inferno, illustrated by Henrik Drescher. Her translation of Purgatorio is forthcoming from Graywolf Press in 2021. She has received a Hodder Fellowship from Princeton University, a Guggenheim Fellowship, and a Berlin Prize Fellowship. Her translation of Matthias Göritz’s poem, “Colonies of Paradise,” was awarded a Gulf Coast Translation Prize by Ilya Kaminsky. She teaches creative writing at Washington University in St. Louis.