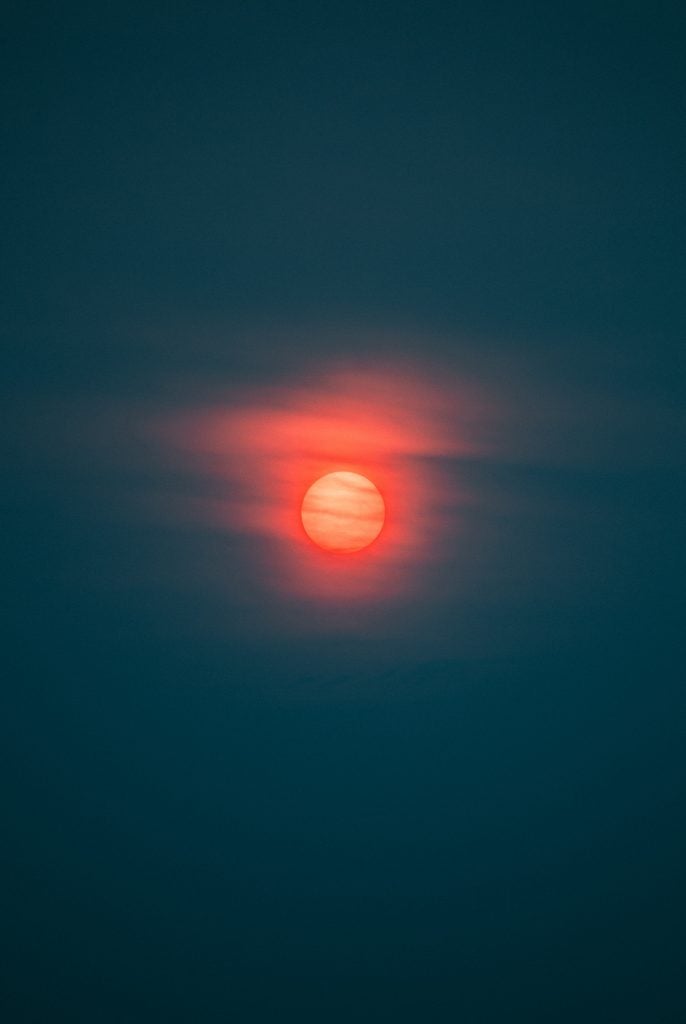 How Do We Get to the Sun

We satellite & globally position & triangulate echoes. Bodies revolve
..around bodies & we listen to what’s
obscured. We hear ourselves, listen to the mirror arrays aimed
..to soak the sun out of heaven & sustain the
revolutions per minute carrying us door to door, out of windows,
..over the shoulders of mountain passes.
Like salt through an hourglass, these are the sands through our
..fingers, each crashing into open water like
calving glaciers. Time & distance collapse into the warm breath of
..the nothing, rising off the steaming ice,
cloud shadows on the mountain we’ve emptied & fortified into our
..last fortress, where we outlast the sun.