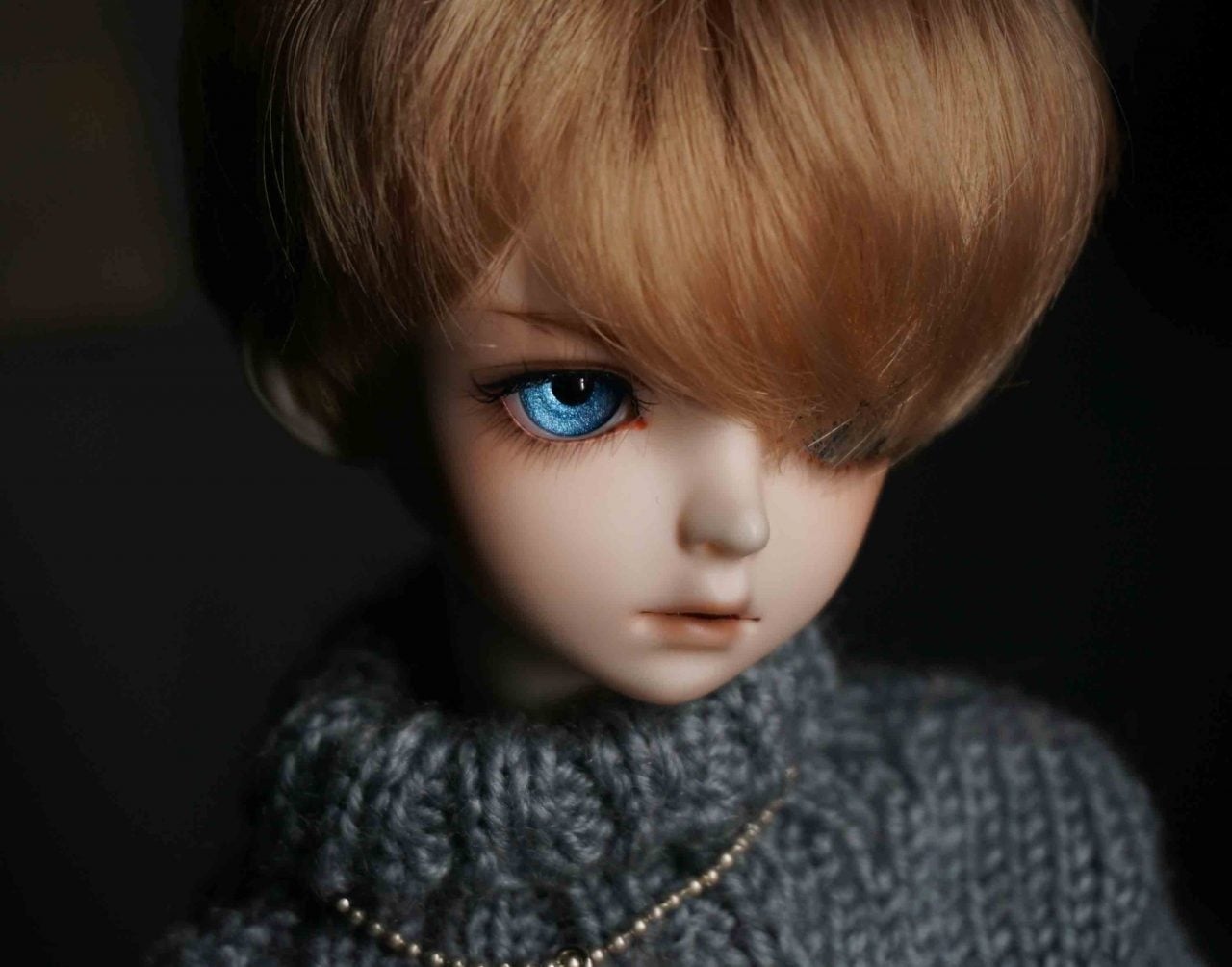 After the first girl there was another. She wore her hair cropped close to her head because she would eat the strands if they were long, and her Peter Pan collar was grass-stained. I was lying in the shadow of the slide at the park, daydreaming about the three-dimensionality of skeletons, when she sat down next to me.

What’s wrong with you? she asked.

Overnight, my hands and feet had been ruined by rain. I tried to hide them from the girl, but my brass brackets were rusted and all I managed to do was squeak uselessly upon the woodchips.

The girl clicked her tongue and said, You poor thing, and then she put me in the pocket of her romper and carried me home, secreted me away to the upstairs bathroom where she began a game of operation.

First she used cuticle scissors, trimming away the decayed bits, trimming my arms and legs to my elbows and knees.

When she saw the monster she had made, she shuddered and said, That won’t do, and she carried me to the magazine rack in the living room and held my torso against the various women and animals and men that cluttered the pages.

After some time, she found me a mermaid’s tail and a pair of long and gilded arms. She opened the brackets at my shoulders and hips and extracted them, like tugging bones loose from a body, and affixed the new limbs where the old ones had been. She found me an A-line skirt, striped red and white like a circus tent, and she stapled it to my waist to cover the murderous joining of girl to fish.

There, she said. Now you can swim.

Debbie Vance’s fiction has appeared in Blue Mesa Review, The Conium Review Online Compendium, Flyway, Alligator Juniper, and elsewhere. She is a 2015 Pushcart Prize nominee and an MFA candidate at Colorado State University, where she teaches composition and research.