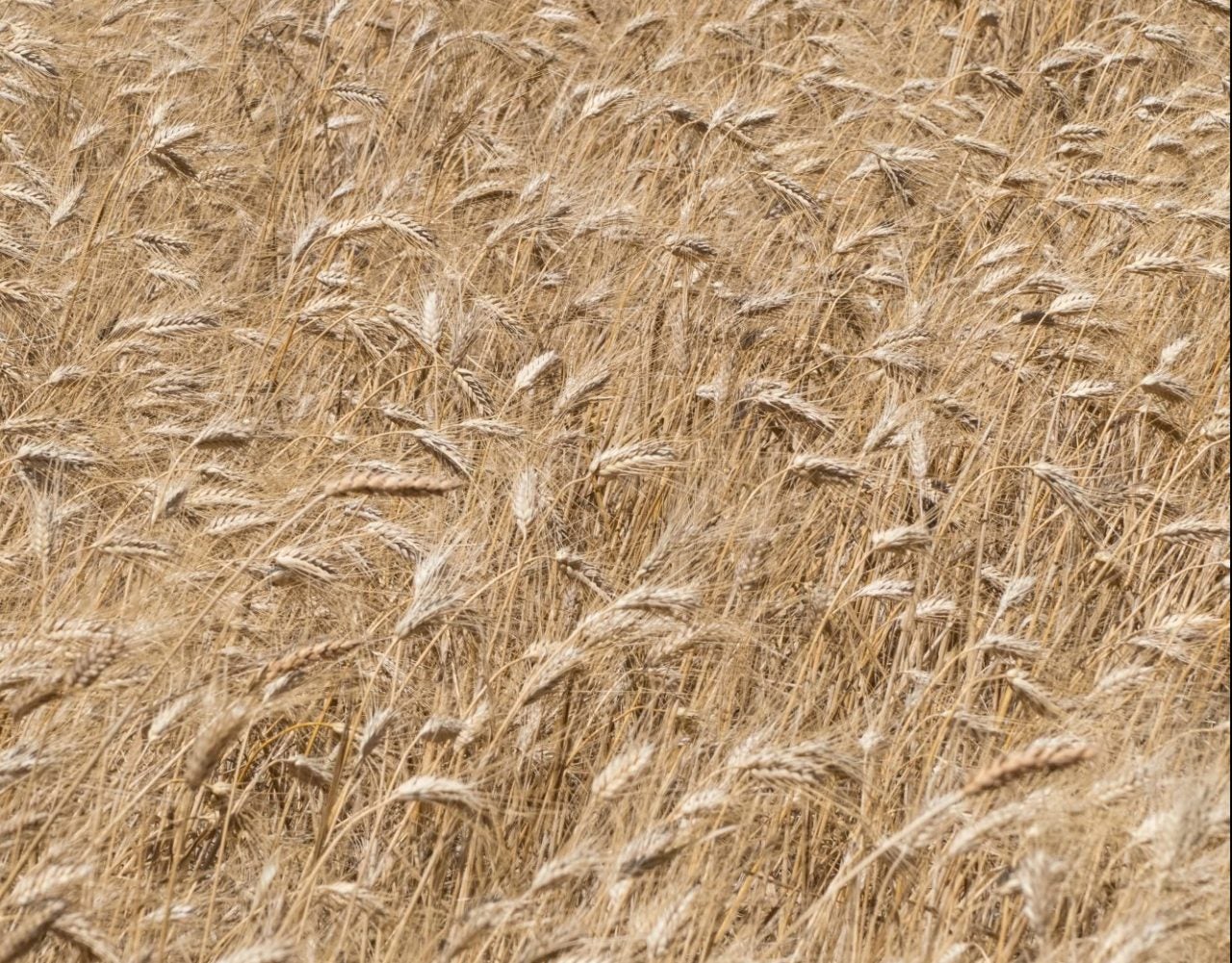 Foods of the Bible

In Sunday School we learned about the wheat and the chaff. Okay, so everybody has their weird memories. Our teacher lined us up. Wheat on the right, chaff on the left. Some of you are good, some of you are bad. Some will rise to heaven, others will descend to hell. She pretended to carry in a load of wheat. I’m carrying in wheat from the harvest, she said, and slapped it invisibly to the floor, God the harvester. Next she grabbed a broom and started smashing. Oh, the violence! She spread her legs and planted her feet firmly on the hooked rug. Whacked the make-believe wheat, talking all along. The wheat has to be thrashed, she said, just like we ourselves must be thrashed from time to time. Shiny pearls of sweat formed on her powdered forehead. Because, she went on, nearly out of breath, if all we do is go our merry way, we get the idea that life is easy street! She gave the floor several final good whacks. But listen, darlings, no one’s free from toil and trouble.

One of the girls fought back tears. She was chaff. Even though I was wheat, I could sympathize.

So why were we divided in two, a kid asked. He, too, was chaff. He was also the same kid who, when we learned about Noah’s Ark, wondered what kept the pairs of bees  from flying off. Was this now easy street on the right and toil and trouble on the left? Were some of us going to be rich and some of us poor? Whatever happened to the good and the bad and the wheat and the chaff?  And what was chaff, anyway?

The wheat is what remains after it gets thrashed, our teacher said. You make bread out of it. The chaff is the stuff you throw away, like carrot peels.

Sadly, she said, we can’t all be wheat.

The next Sunday she brought in corn. A reinforcing lesson, she said. Again we were divided up—not wheat/chaff this time but corn/cornmeal. She set a hard ear of corn on the table and began pounding it with the bottom of her shoe. Pretend the corn is wheat, she said. Kernels flew like gravel, everybody shielded their eyes. Next she poured various grinds of corn into bowls: hominy, grits, cornmeal. See, she said, the harder you’re cracked, the finer you become.

At once, complicating subgroups arose. What, the smart kid asked, is good and bad now? Shouldn’t we be divided into four groups? Corn, hominy, grits, cornmeal. The good, the not as good, the bad, and the worst?

Well, said a girl, also known to be very smart, it all depends on what you’re serving for supper.

Here our teacher got really flustered. Please, babies, she cried, this isn’t a cooking lesson, this is life! She slapped down her shoe, sending up a cloud of corn dust. And then, to our gleeful horror, she choked.

Emily Pease has published stories in Witness, Shenandoah, The Georgia Review, and The Missouri Review, where her story, “Tad Lincoln’s Ladder of Dreams,” won the Editor’s Prize in Fiction in 1999. Most recently, she won the 2014 Bevel Summers Prize at Shenandoah for “Church Retreat, 1975.” She hopes to publish her story collection, The Blaming Heart, soon, while she continues to work steadily on a collection of flash fictions (working title: Twenty-Five at Five Hundred), more stories, and essays. She received an MFA from Warren Wilson College and teaches at the College of William and Mary.