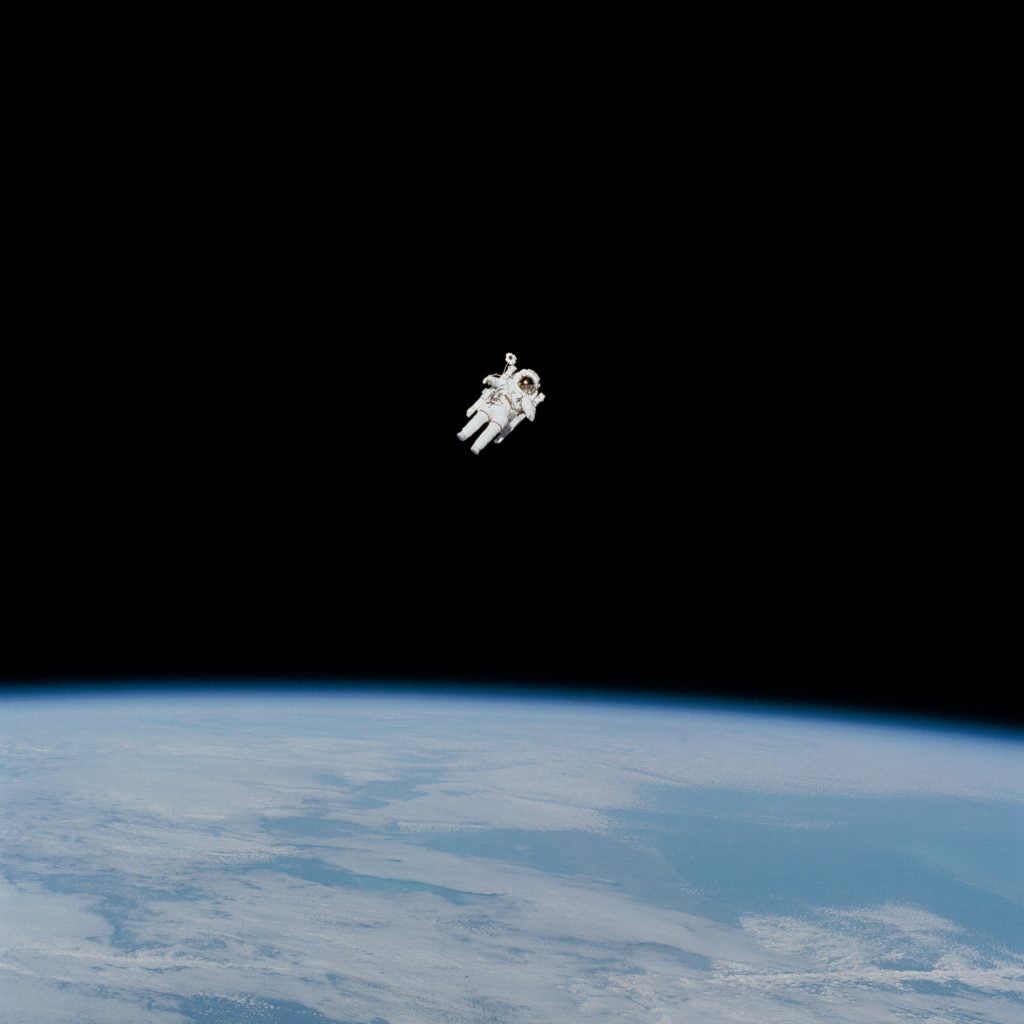 Elegy for the Last Man to Walk the Moon

I no longer have the luxury of being ordinary.
—Gene Cernan

I too am restless.  I say this and I do not
know you.  My moon was never your moon,

as yours was never yours long but lost
among the rigs and waters of the gulf,

the wax and oiled shine of the harbor
a souvenir.  I too was there.  My face

in the otherwise darkened room lit
by TV feed.  If I did not understand

your words of peace and hope, how you walked
with them and so gave voice to a thrall

of nerves unburdened in the dead still air,
I knew you as the more courageous version

of a boy, the one who would remain.
I want to ask that boy.  Is paradise still

the thing on fire, first with joy, then joy
abandoned; does it scorch the eye of one

who comes, leaves, and, transported, breaks in two?
If I did not understand the reverie

of a man who walked the dark and looked back
at the watered iris of his planet,

haloed in a breathable dust, in paths
and perturbations of the spheres; I believed.

The blue marble was a mirror, the kind that breaks
the quotidian spectrum into one part

rock the other the scourge that makes it shine.
Call it hope, this place, this pure white salt,

just you (the flyboy) and your co-astronaut
(a specialist in rocks).  Call it a minute,

an hour—whatever it was—you sat in cold
and vital silence, the landing gear extended.

Peace is always a little unearthly.  You know this.
You know a host of words whose target slips

the cross of scopes and so becomes the flume
of myths and numbers chalked against darkness.

The hardest step is the first step home.
So you said, never again to leave the shadow-

stenciled footprint that survives a lifetime
undisturbed.  The daughter’s initial you sketched

with a finger in the silt, there, on your way
to the ladder, it was something you hoped

a future traveler would kneel to read,
the I-was-here that means nothing there,

as moon-dust does, but here below is priceless.
It was something you read over and over

before the outstretched microphones and flash
of newsmen in the faceless dark, something

years later in programmatic pleas to Congress,
or later to the faithful at the local mall.

was highest.  Something that a child saw.
She sees it still.  The child in the eye

among pedestrians at moonrise, south
of those refineries that litter the shore.

She thinks how enormous a moon becomes
at first, dredged upward from extinction.

I do not know her, but I say this, as one
says the word joy in the night that follows

and the long walk home.  She looks back.  Somewhere
a father’s chronic distractions at the table,

the restless hand that tapped its coffee cup,
the man who held it, empty, in the air.

She knows and yet.  Can never know.  The eye
that crystals in the dark.  Cold and vital.