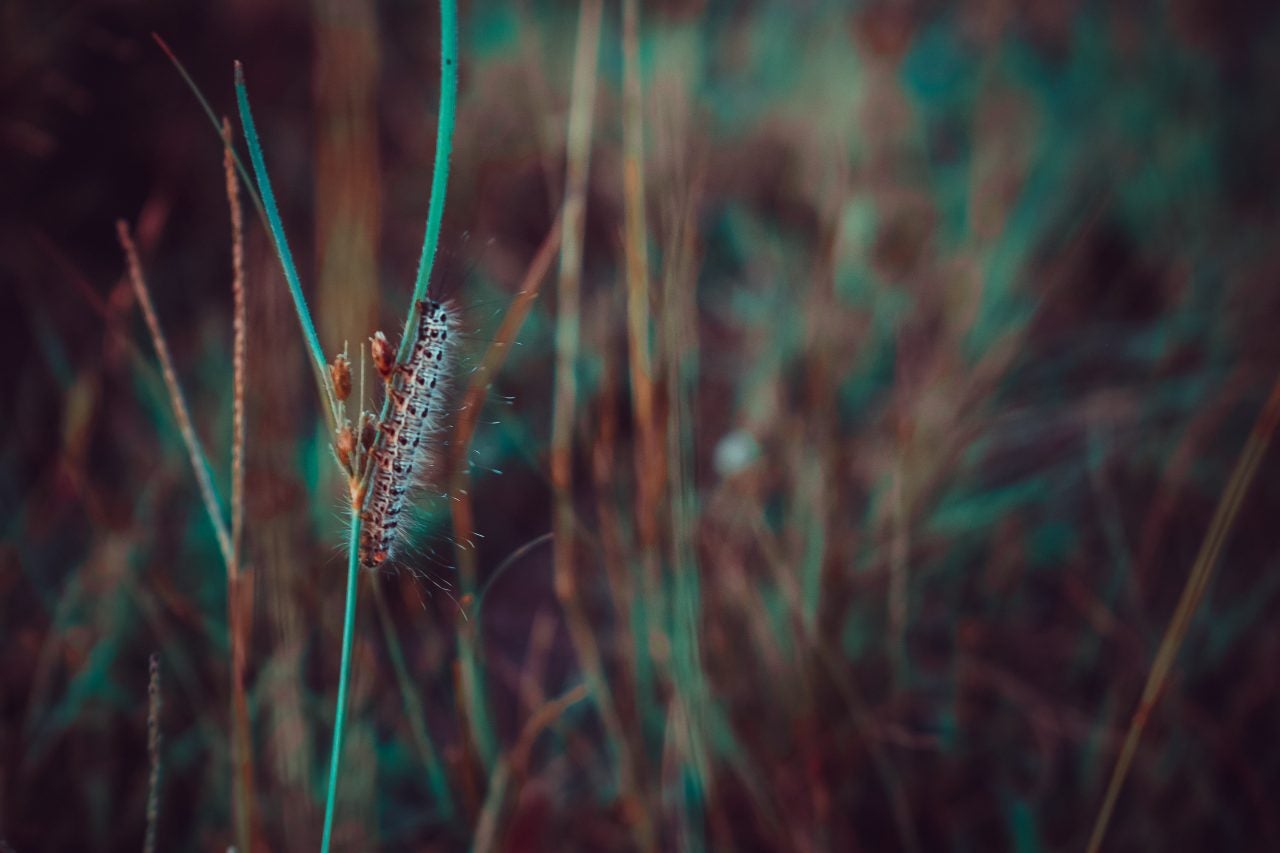 Jung Hae Chae is a Korean-American writer. She is winner of the 2021 Crazyhorse Nonfiction Prize and the 2019 Emerging Writers Contest in Nonfiction from Ploughshares. Her work has appeared (or will soon) in AGNI, Crazyhorse, Guernica, New England Review, Ploughshares, and elsewhere, and has been included in the Pushcart Prize collection. She is currently at work on a memoir that examines the matrilineal inheritance of han in the Korean diaspora.

CH: What did you love about your childhood?

JHC: I love this question. I love the word ‘childhood.’ Even just saying it aloud makes me sink into that space of magic. Some famous poet (I think) once said, “everything worth remembering happened in the first seven years.” This is true for me. My grandmother figures large in that memory, her silence that matched my silence. Cooking with her in her bunker-like kitchen, how it got so hot in there, and readied us perfectly for our meager dinner; the outhouse in the back, the one I fell into and somehow survived; the no-name hair salon next to my grandma’s house where I eavesdropped on the ladies who cussed and cried about their good-for-nothing-husbands and their sitting dictator at the same time in one hot breath; and the tall, unnamed tree next to my grandma’s house, where I sat for hours watching the caterpillars fall to their premature deaths.

Not all of it was happy. But happy wasn’t something we thought about, or that I was taught to aspire to. Instead, people told stories. About heartbreaks, mostly. I listened, just listened.

CH: If you could go back to the beginning of your writing career, what is one piece of advice you would give yourself?

JHC: I’m loathe thinking of writing in terms of career. They seem like contradictory ideas to me. I think of writing as something I do in spite of a career. That said, if I could go back in time when I began to take my own writing seriously—that is, when I began to spend more time thinking about, gleaning, mapping, crystallizing the ideas (inside stories) that had been living with me my whole life into a book project—I would say now to the younger me:

“Sit down. Sit with your fears, your rage, your unfinished business, yours and your mother’s and your grandmother’s. Sit with ALL their questions that will become your questions. You’ll find your own language. They’ll come to you when you’re ready. Sit and listen.”

CH: What was your writing process like for “Hole(s)”?

JHC: I began with a childhood memory—of being saved by an angel, a woman (if angels had gender)—an early experience that has always felt, to me, like my origin story. Miracles and myths—they were an ordinary part of life. When you have a fantastical experience early on, it becomes your ethos for life. It’s hard to relate that story in a linear, “arc of the story” kind of way; it won’t do right by it. So when I found out there were actually clinical terms to describe this sort of phenomenon—out of body experience (OBE) and near-death experience (NDE)—I saw that I could recast this strange (or not so strange) experience in terms of how we think and talk about death (as another “hole” dotted along the continuum of spiritual existence), that the concerns and unfinished businesses of our lives here get carried over there.

At first, I went deep into literature on OBE and NDE; early drafts relayed my experience alongside other OBE and NDE case studies, but I soon realized these accounts did not really tell my story in a particular way enough. I had been thinking about han – a Korean version of generational trauma – about how my early experiences of growing up in my grandmother’s matriarchal household had cemented my thinking about the dynamics between men and women in post-war South Korea. I’d been thinking long and hard about what our foremothers’ “unfinished businesses” might be, and about the violence that attends that legacy. Theirs and now mine. So, I shifted my focus to include other OBE-like experiences closer to my heart, using them as a kind of formal device to speak about this particular trauma that gets passed down, while leaning into the non-linear storytelling approach to signal the difficulty in coming to terms with them. The most difficult part was in implicating myself, both as a victim and a witness. It was a zig-zaggy process, messy, sometimes incoherent, as what happens in OBE’s.

CH: What other artists have most influenced your writing?

JHC: Before I discovered contemporary poetry in my 30’s, I hadn’t been much of a reader, not of poetry or literary fiction. I had been writing and reading mostly for information. But I was an avid consumer of art-house films, particularly the avant-garde works of Godard, Lynch, Greenaway, Von Trier, as well as some Korean filmmakers like Kim Ki-Duk. I had also been trained in the visual arts early on (though that part of my life now seems like an abandoned lighthouse on some unmarked island). When I think about it though, those early influences along with some foundational texts I’d read in my 20’s—of Fanon, Simone Weil, Loren Eiseley, and books on Buddhist thought—might have found their way into the newfound territory of poetry and slant prose that blends meditative inquiry with the uncanny. The two texts I came across early on I’m most indebted to, because they made me pause and read into my ancestral DNA, and at the same time, that turned me on to experimentation are classic works: The Woman Warrior and Dictee. Two wildly different works with different MO’s, yet they do the same thing for me: the women inside the texts get under my spleen and haunt me, from some other dimension. Their singular spiritual yearning from beyond commands extreme focus, a kind of destabilizing focus. They have taken up residence in my soul, permanently.

CH: Who do you write for? What do you hope readers will take away from your work?

JHC: I’m not sure that I write for anyone in particular. But sometimes, I imagine an ideal reader—as someone of my mother’s and grandmother’s generation who had gone through something unspeakable of their own, and have been picking up the pieces, sort to speak, all their lives. I think about the women at the hair salon. I think about the women who have passed on with so much left unsaid. I imagine a force field between us, a shared vibration that hums what we couldn’t say for a long time, a lifetime perhaps. I feel in company with those whose lives have been upturned and marked by suffering, and who don’t necessarily rise above them. Still, there’s meaning, there’s beauty, there’s honor in articulating that experience. I want to offer, through recognition, what it means to keep on. To honor just being.

CH: What project are you working on that excites you most?

JHC: Currently, which is to say, for the past decade and a half, I’ve been working, off and on, on a book of prose and a book of poetry. They’re both talking about the same things, centered around my preoccupation with women, as people and as concept.

My prose project is a memoir-in-essays that deep-dives into the lives of “ordinary” Korean women of my mother’s and grandmother’s generation. It begins with my grandmother, the matriarch of all matriarchs in a household filled with women, who led an extraordinary life of resilience in post-war South Korea. She is forever etched in my memory, as part of my own origin story. But I set out to reconstruct that initial memory in terms of the central metaphor that undergirds this book—the han that has functioned both as a source of trauma and resilience in the Korean diaspora, particularly in the lives of women. Writing in prose (as opposed to poetry) has allowed me to fill in all kinds of gaps by contextualizing the layers of my story—blend the personal with the familial, and zoom out to history with capital H (something that’s also possible in poetry, of course, but that I never quite figured out how to do well with my poetry in a way that feels precise and satisfying to me).  Most of the women featured in the book—including my grandmother, my mother, other members of my family, as well as other Korean and Korean-American women—have now passed on. So, in a way, this is my attempt at honoring the difficult, quiet, heart-broken lives they had led while they were here. I hope I could do them justice. So, I’m approaching this process cautiously, not with an excitement necessarily, but with subdued anticipation, a white fire.

Submissions for the Crazyhorse Nonfiction Prize open on January 1st and will close January 31st.

Writers may submit up to 25 pages. Winners receive $2,000 and publication. All entries will be considered for publication, and more than one story may be entered. Before you submit, please remove your name and any other identifying information from your manuscript. Simultaneous submissions are okay, as long as you contact us should the work be accepted elsewhere. The $20 entry fee includes a one-year subscription to Crazyhorse.