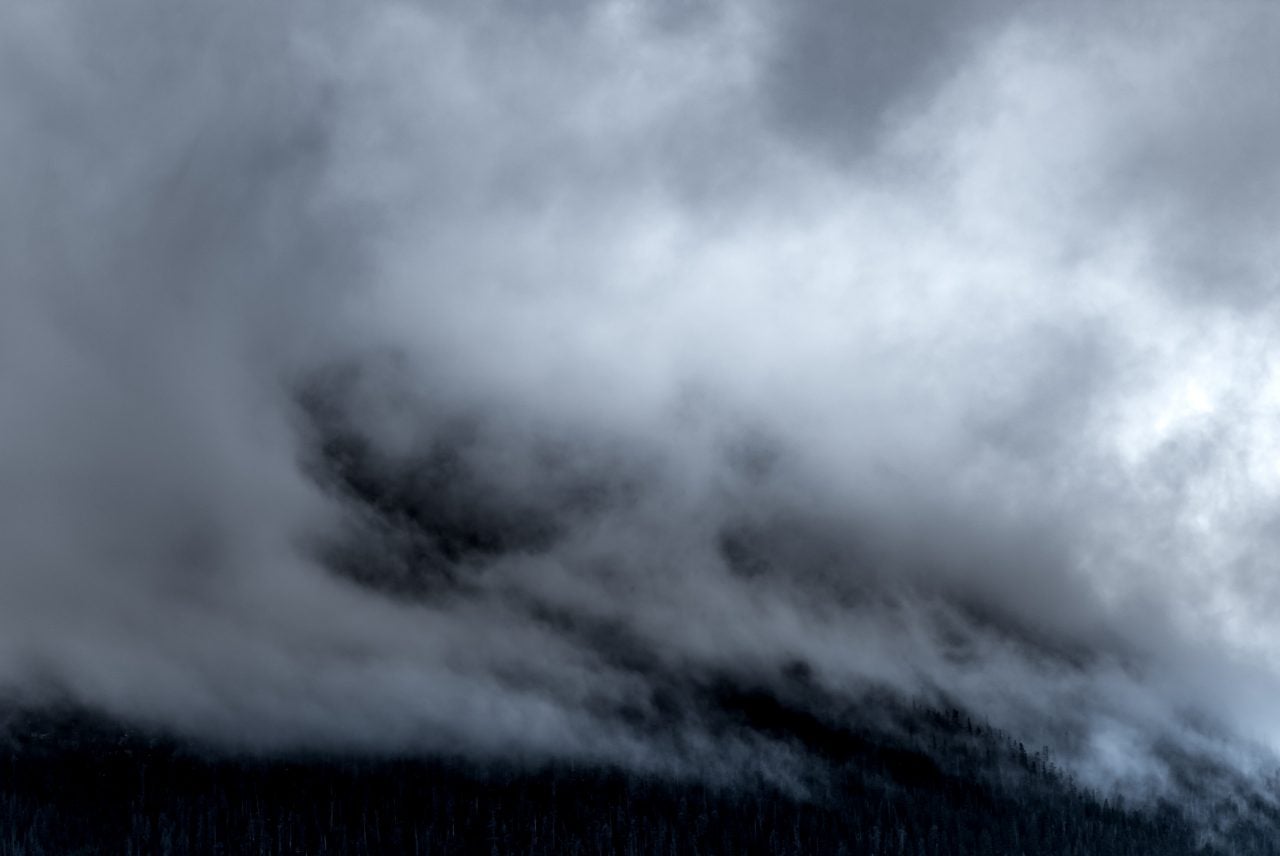 The first time I saw fog
…..rewrite a river’s face,
……….matter’s transformation offered
…..its myth about change—
……….so I converted to The Church
of Family Salvation. I hoarded

my dearest hallelujahs
……….for my addict father’s return
from the sick clouds,
……….the storm of his hands anchored
…..in safety and loyal only
to staunching the Old Testament
…..of his absences. I tried praying
………….against yearning until

…..a new wave of beloveds began
thinning into hurt hungers.

As it were, not even grace
………….can give you permission
………….to redeem the light
of someone else’s name.
………….But who hasn’t been
…..wounded by wishes, or recovery
……….as seen through mirrors silvered
…………….from a shattered faith
in our becoming?

Mercy From the Orchard

To taste a sweetness beyond reason, before banishment
I scythed at the memories—: our father’s tempest mind,

his willingness to burn an exit in our home once desire
had turned his loveliness into smoke. But pity

can survive its hard pruning, Brother, and hope will also leave
a hollow. The moment my hands had nothing

but violence for that man, I dreamt an unbroken season
for culling each cold sorriness burying the family story.

For years I remained guilty of denying the proper rest
of winter. Then our mother’s face blossomed

with another generation of grief:—more parents folding
their warmth into fist-shaped fruit, more possibilities

knocked from the trees of our tomorrow. And so,
when surrounded by the soft clarity of light,

despite steadying wonder’s blade on my tongue
to pollard the heart, I will shiver at the vastness

of questions without mercy. I still believe forgiveness
might turn our fearsome breath into a belonging.

Weeks like this, the universe’s dark shoulder
tapping seems determined. Over the phone

we swap our latest verses in that old
song of cosmic abandonment. I describe

beneath Tennessee’s 400 bridge;
a wild rock dove drowning in the middle

of the muddied current; someone’s body
outlawed for struggling to wash the living

from their clothing. Lucky for us, you—
and the bird that shat on your face years ago,

for sorrow’s constant way with us. Although,
I do not mention my brother gambling

with more of my family’s trust
in the haven of a father’s hands. And I

have yet to tell you about the rat’s nest
I upset earlier in the garden,

and dispatched the blind young in a t-shirt
knotted at its shabby neck, weepy

for another afternoon with loss
smeared across my own hands—: as I gathered

the deserted pups to smother in worn cotton
then a shallow bucket of water,

I recognized the hopeful edge of despair
sealed by their hard squeaks. And also the stunning

kept bucking my mind’s efforts to build peace.
I didn’t mean to end that fox

with my car. I didn’t mean to stumble
again into the sorry church of shame,

heart vibrating with its new faith
in disasters…    Before hanging up,

we reminisce about the landline’s obsolete
dial-tone, how its eeriness could linger

at your ear. Just then the sky completes
its all-day promise and rain starts dotting

the street through sunshine. I love you, I say
aloud, and wait, once our call has ended.

Geffrey Davis is the author of Night Angler (BOA Editions, 2019), winner of the James Laughlin Award, and Revising the Storm ​(BOA Editions, 2014), winner of the A. Poulin, Jr. Poetry Prize. A recipient of fellowships from Bread Loaf, Cave Canem, the National Endowment for the Arts, the Vermont Studio Center, and the Whiting Foundation for his involvement with The Prison Story Project, his poems have appeared in The Atlantic, New England Review, New York Times Magazine, The New Yorker, and Ploughshares. Davis works in the University of Arkansas’s Program in Creative Writing and Translation and teaches with The Rainier Writing Workshop. He also serves as poetry editor for Iron Horse Literary Review.